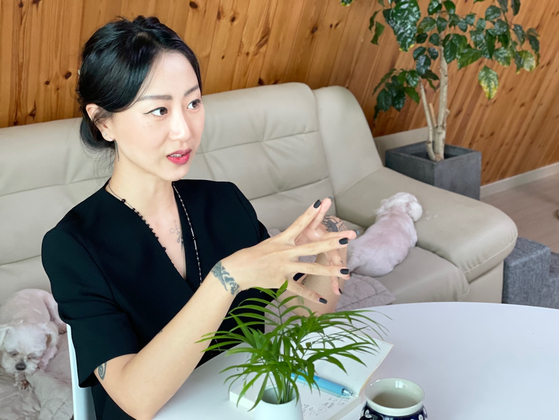 
The stereotypical image of a mudang, a Korean shaman, is an older woman wearing heavy make-up and a colorful costume. They are famously abrupt and no-nonsense.

But modern-day shamans are a whole new breed. Kali Hong, a mudang born in 1990, is one of the new-generation.

“I read fortunes at a café while sipping my Americano,” said Hong in a phone interview with the JoongAng Ilbo.

“Instead of wearing a colorful hanbok (traditional Korean dress), I wear comfortable cotton pants and don’t stare at people fiercely and don’t shout at them.”

Hong first felt someone else’s spirit trying to talk through her in India about three years ago. After she came back to Korea, she went through the process of formally becoming a mudang. But how she communicates with her customers is very different from previous generations.

She takes reservations through Naver, and even consults through KakaoTalk chats. She tries to communicate with people through social media. She posts webtoons on Instagram and also weekly fortunes for each zodiac sign on YouTube videos. She said she works nine hours a day from Monday to Friday. 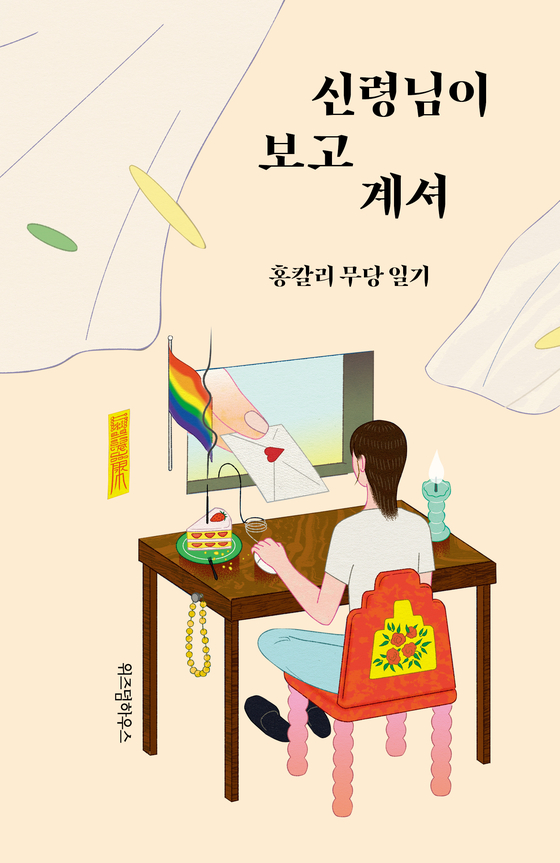 Kali Hong's new book on her life as a mudang. [WISDOM HOUSE]


She has recently published a book called “Spirit Looking after Us,” which tells stories of her life as a mudang.

“I want to be mudang until the day I die,” said Hong. “I want to ask people about their stories and I want to hear all about them.”

Hong’s mother was Christian when she was pregnant with Hong and Hong attended church when younger. She participates in environmental activities and is vegan. She is against putting the head of a pig on the table when doing a spiritual ritual, which is a tradition for Korean shamans. She is not definitive on her sexual orientation. She studies feminism and disability issues, and writes about these fields.

“I even had some conflicts with the mudang that did the invocatory rite for me,” Hong said.

“I don't want other beings to be sacrificed for the fortune of another being. There is too much pain for animals, and mudang can’t just ignore such pain.”

Everyone can have a different way of praying, she says.

What she tells customers who ask about their lives is very different from what they may have heard from other shamans.

“The main example would be those people who have been told that they have a destiny to ‘eat up’ their husband,” said Hong.


In the old days, if a woman's destiny indicated success in life, shamans saw that as a threat to her husband's success -- that she would "eat him up."

Hong's most recent book is her fourth. She has written one book on women’s sexuality, another on her life as a street performer, and a travel book with her mother about their travels together. All three are based on her experiences as an ordinary person. She said writing is a form of liberation for her. 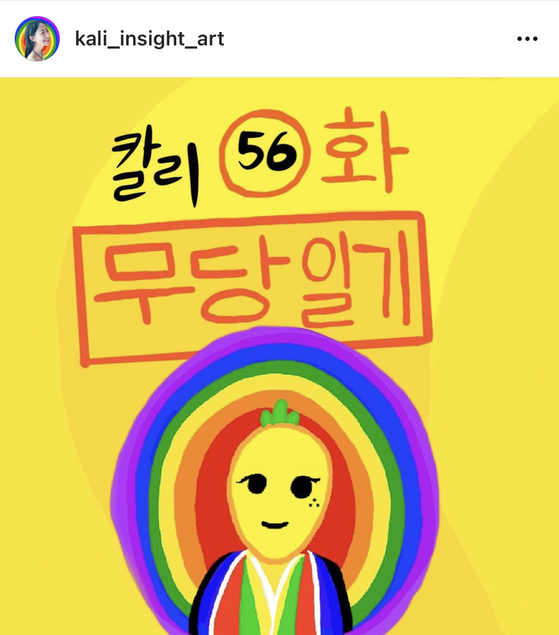 Kali Hong posts webtoons to explain what she does on her Instagram to better communicate with others. [SCREEN CAPTURE]


“In Korea, I experienced many different kinds of discrimination as a woman and as a poor person,” said Hong.

“I needed some place to run away, and the first thing I found was paper. I painted and wrote, but there was still some thirst that was never relieved. I think that’s why I became a mudang.”

Hong said there are many young shamans changing the rituals of old.

“There are some teenagers who already retired from being a mudang, and some 20-somethings that just got their invocatory rites,” Hong said.

“Being a shaman is something still frowned upon, so they are not very public. Also, [the new mudang] are less recognized because the media still portrays mudang with the stereotypical image.” 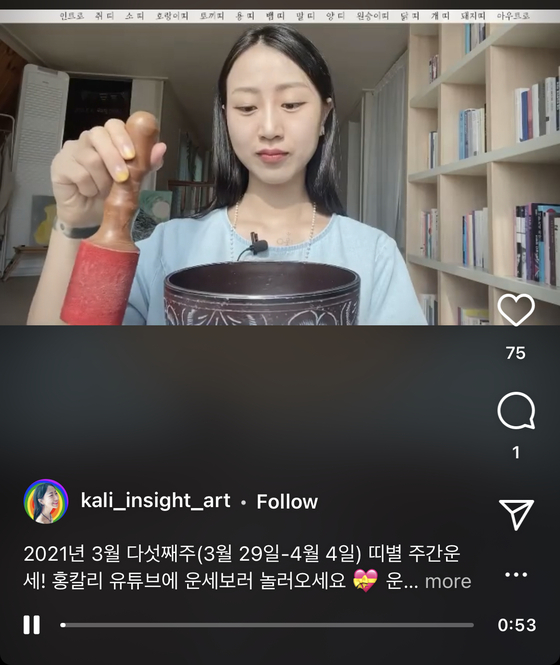 
She accepts reservations once every month, and the entire month is booked on that day.

“When things are difficult, people come for mudang,” she said. “Whenever there are just too many reservations, I pray that everyone feels less pain.”

She added that the word mudang comes from the notion of a person who asks questions.

“As I talk with people, we become spiritual friends,” she said. “Someday, I want to be that spiritually talented mudang grandma one can find in every village.”