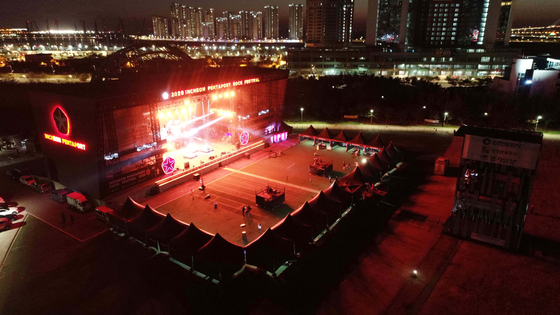 A scene from the 2020 Pentaport Rock Festival that was held online. The 2021 edition of the annual rock festival will be held virtually for the second consecutive year on Oct. 9 and 10, its organizers said. [PENTAPORT ROCK FESTIVAL]


The annual Incheon Pentaport Rock Festival will be held virtually for the second consecutive year on Oct. 9 and 10, its organizers said Sunday.

The festival's 16th edition will feature '90s top artists such as Lee Seung-hwan and Yoon Sang, and other popular acts including 10cm, Daybreak and Leenalchi, according to the organizing committee.

The names of participating artists from other countries will be revealed at a later date.

As one of Korea's biggest music events, the Incheon Pentaport Rock Festival was previously held in October, also virtually, after being postponed for two months due to the Covid-19 pandemic.

Tomorrow X Together wants to tell its own story