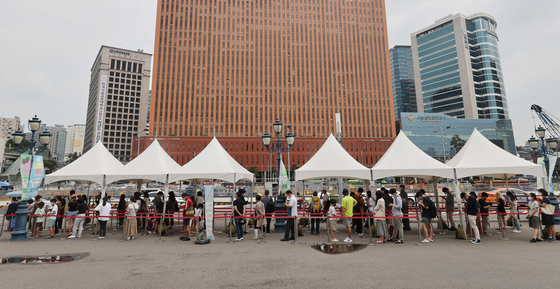 People line up to be tested for Covid-19 at a testing center near Seoul Station on Sunday. Korea added 1,619 new cases of infection on Saturday. [YONHAP]


Korea got less than 5 percent of the needed Moderna vaccines for August vaccinations, after glitches in the Moderna supply in Europe has had a cascading effect on the schedule of vaccine supplies in Korea.

The glitch goes back to July, when Korea’s deal with Moderna was supposed to bring in 3 million doses of the American company’s vaccines for that month alone. The company alerted Korea that due to supply disruption in parts of Europe, it would not be able to deliver all of the doses. In the end, 1.04 million doses came in.

The setback has had ripple effects on the schedules of those waiting for their second shot of mRNA vaccines — Moderna or Pfizer — in Korea. The Korean government decided to extend the interval between the two doses of mRNA-based vaccines from four to six weeks, for those scheduled to receive their second shot after Aug. 15.

People who got their first mRNA vaccine shot from July 26, including people in their 50s and essential personnel such as delivery workers and transportation drivers, were affected by the adjustment.

The Korean government, in order to get back on track in its vaccine schedule, would have to receive 10.46 million doses of Moderna vaccines in August — which was the original 8.5 million doses planned in August in addition to the 1.96 million doses delayed from July.

Moderna contacted Korea in early August to say less than half of the 8.5 million doses planned for August would be shipped to Korea. The Korean government sent a delegation to the Moderna headquarters stateside in Massachusetts to lodge a complaint and request the American pharmaceutical company ship the promised amounts of vaccines punctually.

As of Sunday, Korea has received 2.321 million doses of Moderna within the month, which, minus the doses received to make up for July, means Korea has gotten just 361,000 of the Moderna doses set for August — just 4.2 percent of what was originally planned.

“We are in talks with Moderna about when exactly these doses will be supplied,” a Health Ministry official told the press Sunday.

Korea started vaccinating its population aged between 18 and 49 on Thursday. They are to be vaccinated with Moderna or Pfizer vaccines. A total of 9.43 million people in this age group have signed up for the vaccines. 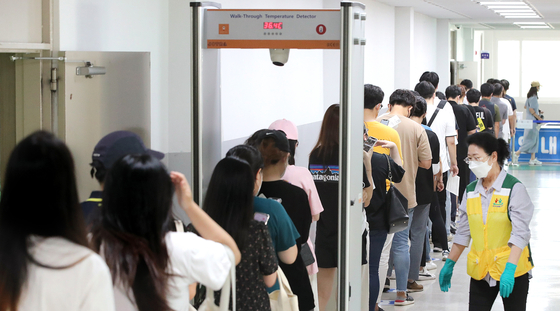 People aged between 18 and 49 line up to receive vaccinations at a center in Daejeon on Thursday, when the country began vaccinations for the age group. [NEWS1]


The Moon Jae-in administration plans to have 36 million people, or about 70 percent of the population, given their first vaccine dose by the Chuseok holidays, which last from Sept. 20 to 22.

As of Saturday, 55.7 percent of Korea's population, or around 28.6 million, had been given their first dose, and 28.4 percent, or around 14.6 million, were completely vaccinated, according to the Korea Disease Control and Prevention Agency (KDCA). 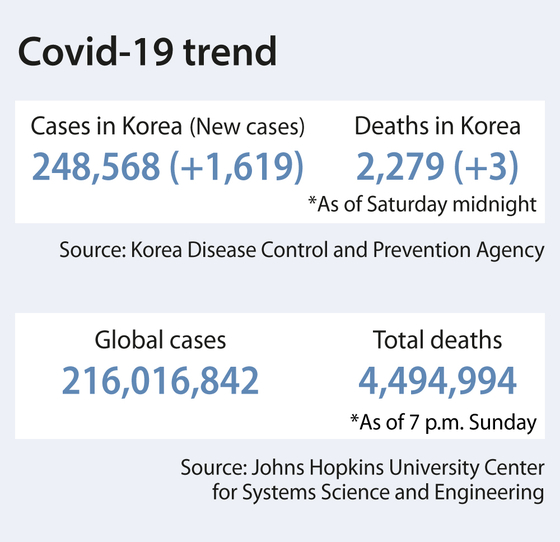 A total of three people died from Friday to Saturday, bringing the total deaths from Covid-19 to 2,279. Of the 27,563 patients currently being treated for Covid-19 in the nation, 404 are in critical condition, according to the KDCA.