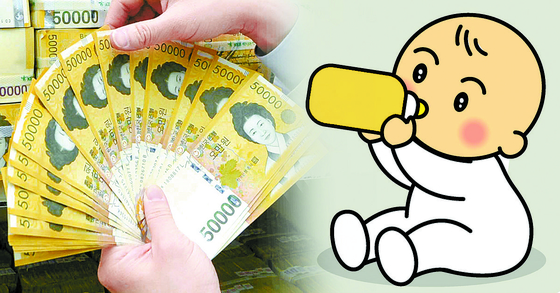 KIM HYUN-YE
The author is the head of the P Team of the JoongAng Ilbo.
­
It is hard to know when the tragedy began. It may have been the moment when the pregnancy test returned a positive result, or maybe when the egg and sperm met and created a life, settling into the womb of the body that should have been called the mother. The baby who will surely live far longer than it has is under the care of strangers after the first major surgery. The hospital record shows that the name of the baby is “unidentified.”

The baby is fighting for life. The baby underwent surgery to suture a 15-centimeter wound from the neck to the back. Normally, the procedure would require the consent of a guardian, but Chungbuk University Hospital performed the surgery without one because it was urgent to save the baby.

After being abandoned for nearly three days, the baby was suffering from blood poisoning. The hospital is contemplating whether another surgery is needed. The baby could barely swallow formula, and the umbilical cord fell off at the hospital.

Unfortunately, there are many obstacles ahead of this life. According to the hospital, it would take more than a month to register the birth. It requires help from the baby’s relatives and the local governments. Attorney Kim Young-joo of law firm Jihyang, who served as the head of the Women’s and Children’s Rights Division at the Ministry of Justice, said that the seed of all the problems was the so-called “crisis childbirth.”

When the mother was pregnant, she should have received institutional help, but she must have been out of that boundary. From the moment that pregnancy was confirmed, she did not get state assistance with medical expenses and childbirth, making birth registration even harder. Even if the baby is registered as the biological child of the mother who is under custody for charges of attempted infant murder, another problem of parental rights arises.

The rivalry among the potential presidential candidates is intense. Key candidates have announced their campaign pledges. But no one has presented a plan to change the system to resolve the issue of “crisis childbirth” and the unnamed children who do not receive proper care. The vicious cycle will repeat itself.

Childbirths hit all-time low in May; deaths rise to record