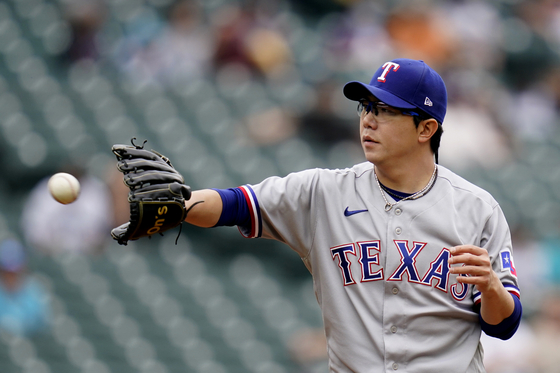 
Yang Hyeon-jong made his first appearance in 78 days on a big league mound on Saturday, pitching two scoreless innings in the Texas Rangers' 5-2 loss to the Houston Astros.

Yang pitched the seventh and eighth innings, giving up three hits with one walk and one strikeout with no runs scored. His ERA now stands at 5.23.

Yang was called back up to the majors after spending the best part of three months with minor league club Round Rock Express. Yang joined the Rangers on a minor league contract this season, was called up in late April and then sent down again in June after a difficult few starts.

His return to the big leagues comes amid a Covid-19 outbreak that has crippled the Rangers' 40-man squad. For Yang, it could be a shot at redemption and a chance to again prove that he deserves a more permanent spot on the roster.