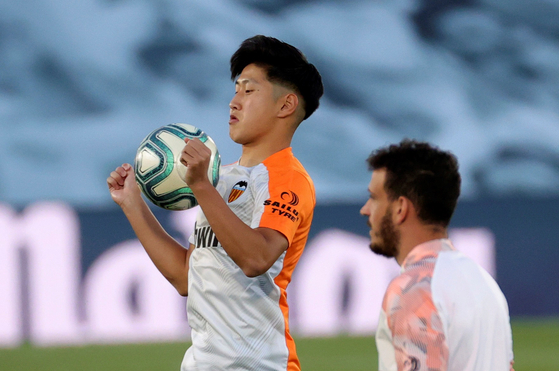 
Lee Kang-in will be continuing his La Liga career at Real Mallorca, according to reports, as Valencia look to terminate his contract after a decade with the club.

As of press time, more reports indicate that Lee will be headed to Mallorca, although he has also been linked to a number of clubs including Premier League sides Newcastle United and Southampton.

With just two days left in the transfer window, Valencia are reportedly looking to offload Lee without any transfer fees to free up one of their non-EU player spots. While Mallorca appear to be the front runner, interest is likely to be high for the young player, especially with no additional costs to bringing him on board.

Lee joined the Spanish club in 2011, when he was just 10 years old. He has since spent half of his life working his way up through the club's academy, joining the A team for the first time in October, 2018. Last season, Lee made 27 appearances for the club, many of them from the bench, but scored only one goal.