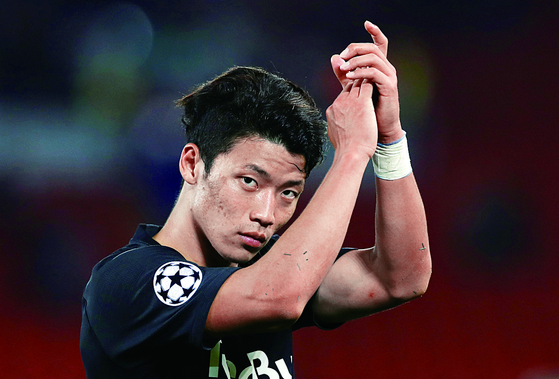 According to reports, Hwang was set to undergo medical testing on Sunday ahead of the move, which will be for the entirety of the 2021-22 season with Wolves maintaining the option to buy Hwang for £12 million.

Hwang joined Leipzig last year, having an uncharacteristically quiet season with no goals scored in only 18 appearances. Hwang's season was disrupted after he contracted Covid-19 while appearing with the Korean national team in Austria in November, but still made a name for himself as a playmaker with the German side.

Hwang could be a considerable boost to a Wolves offense that are yet to score so far this season. He is a key part of the Korean national team, with 37 caps and six goals to his name.

Currently, Son Heung-min of Tottenham Hotspur is the only Korean player active in the Premier League. With two days left in the summer transfer window it is unlikely, but not impossible, that any other Korean players will join Son and now Hwang in England.

Center back Kim Min-jae was linked to a number of clubs, but has not moved to Fenerbahce in Turkey. Bordeaux's Hwang Ui-jo and Valencia's Lee Kang-in have also seen interest from Premier League clubs, but with Lee set to move to Majorca and Bordeaux keen to keep hold of last season's top scorer, it seems unlikely either will move this year.