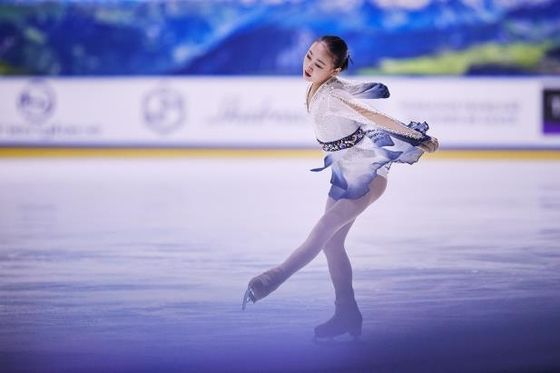 Kim competed at the ISU event in Courchevel, France, scoring a personal best in both the free skate and short skate events, with 124.56 points and 66.9 points, respectively, for a combined score of 191.46 points.

This put Kim in second place, behind Isabeau Levito of the United States with 202.35 points, and well ahead of the third place finisher, Kaiya Ruiter of Canada with 179.92 points.

Kim, a 15-year-old from Namyangju, Gyeonggi, is the third Korean figure skater to win a medal at her first ISU Junior Grand Prix, following in the footsteps of Olympic champion Kim Yu-na, who won gold in 2004, and Park Yeon-jeong, who won silver in 2019.