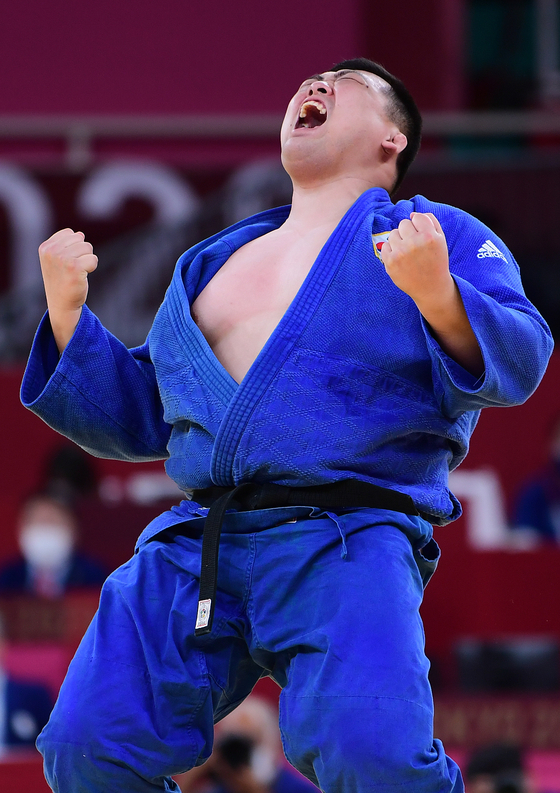 
Korean judoka Choi Gwang-geun won bronze in the men's over 100 kilograms, beating Yordani Fernandez Sastre of Cuba in the bronze medal match at Nippon Budokan in Tokyo on Sunday.


Choi won the bout in one minute and 29 seconds with an ippon.

Choi's medal was expected. Going into the 2020 Tokyo Paralympics, Choi was ranked at No. 4 in the world, while Fernandez Sastre ranks at No. 8.

World No. 1 Mohammadreza Kheirollahzadeh of Iran took gold and No. 3 Revaz Chikoidze of Georgia took silver. The only surprise in the tournament was world No. 3 Shirin Sharipov of Uzbekistan losing the other bronze medal match to No. 6 Ilham Zakiyev of Azerbaijan.

Choi's bronze medal was Korea's second in judo and ninth at the 2020 Tokyo Paralympics. On Saturday, Lee Jung-min took home bronze in the men's 81 kilograms. The seven other medals were won by the table tennis team on Saturday.

Judo at the Paralympics is exclusively for visually impaired athletes, with three sight classes competing together, divided only by weight category. Choi falls into the B2 class, between total blindness (B1) and low vision (B3).

Because the sport is played by visually impaired athletes, judokas are allowed to receive advice from their coach during a fight, particularly with regard to how much time is left on the clock, and are not punished for leaving the mat in the same way.