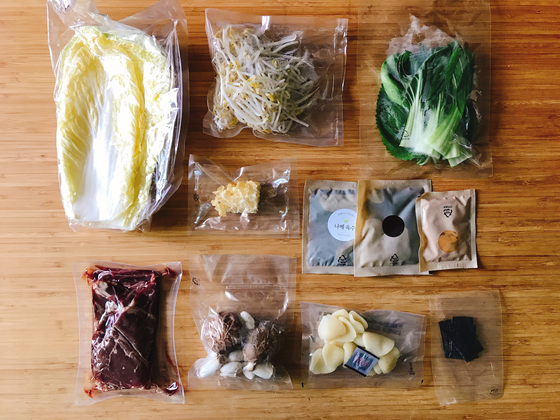 A breakdown of how much plastic packaging is used in a meal kit. [JOONGANG DB]


Take out, delivery food, meal kits and ready-made food are popular in Korea these days, but people are starting to worry about the hidden costs of convenience.

According to a survey of 2,535 people between 20 and 59 conducted by Tillion Pro and JoongAng Ilbo, 25.6 percent said they are worried about the hygiene and nutritional imbalances of delivered and prepared foods. Another 36.1 percent said the situation has improved from the past, and 38.2 percent said they don’t think there is a problem.

Choi Go-eun, a 38-year-old, orders food deliveries and uses meal kits on weekdays, but sticks to buying ingredients herself and cooking a healthy meal at home on the weekends.

“My child stays home and eats three meals a day during the weekends, so I cook myself because restaurant food is high in sodium and calories and nutritionally imbalanced,” said Choi. “It’s disturbing to hear stories related to restaurant hygiene, such as the ‘naked cabbage washing’ incident."

"I’m worried that that might be the case with the food I buy from restaurants.” 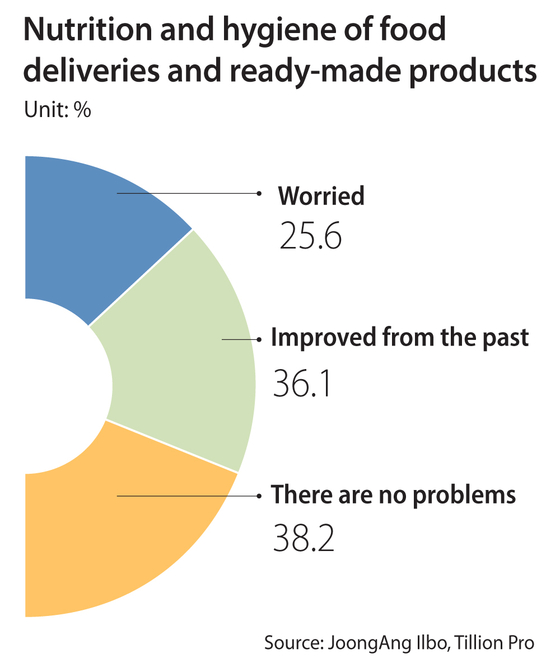 
A video of cabbages floating in a giant tub of brackish brine with a shirtless man up to his waist in the liquid corralling the vegetables was posted in April, raising concerns about food safety. Another of a restaurant worker washing radishes with a sponge used to clean his feet and over 200 cases of food poisoning connected with two restaurants in Bundang, Gyeonggi, have further heightened worries.

Customers can’t see the restaurant's kitchen when ordering food deliveries, and many have been expressing concern. The Korea Consumer Agency last year received 167 complaints regarding the quality of food deliveries, up 8.4 percent on year, and 110 reports January to June this year. The number is expected jump in the second half as well.


Excessive waste related to food deliveries is another problem.

Seo Ji-hyun, a 39-year-old, ordered pork cutlets for two from a restaurant last week. After eating, Seo was left with heaps of plastic waste.

“When I was done eating, I had to throw out some twenty pieces of plastic ranging from plastic containers, lids and the delivery box itself,” said Seo. “I don’t eat outside due to Covid-19 and order food deliveries three to four times a week, and my recycling bin gets filled up very often.”

According to Green Korea, an average of 8.3 million disposable plastic containers were thrown away every day in August last year. The organization calculated the figure by assuming three disposable containers for each delivery order.

Meal kits and homemade meal replacements add to the pile.

With food deliveries and convenient meals expected to be more popular, companies are moving fast to cater to the eco-friendly.

“Starting last October, we changed our packaging to a paper box from a plastic one,” said a spokesperson for Fresh Easy. “We are also trying to meet the standards of our environmentally-conscious customers by using paper ice packs and taking other action.”