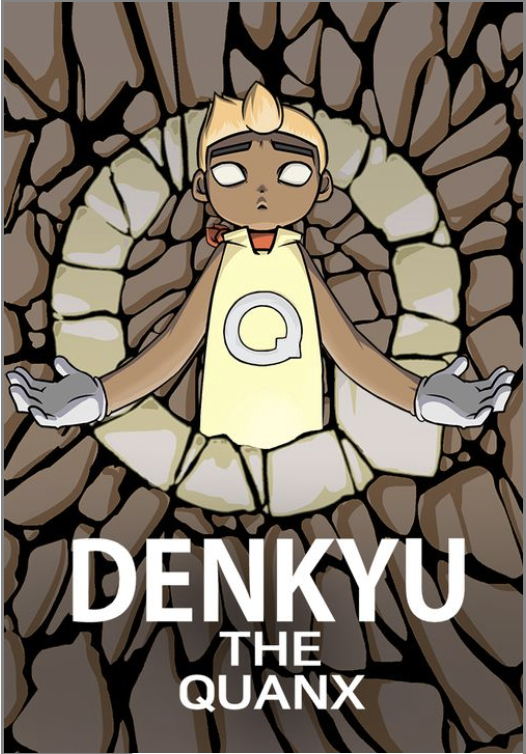 "Denkyu," the sequel to "Denma," published its first episode on Naver Webtoon as the platform's first-ever derivative work to become an official webtoon. [SCREEN CAPTURE]


When a once-popular webtoon series left fans disappointed with its mediocre ending, a fan swooped in to save the day.


“Denkyu,” a fanfic-turned-webtoon by webcomic artist Baekgamdok and sequel to “Denma,” published its first episode on Naver Webtoon mid-August as the platform’s first-ever derivative work to become an official webtoon. 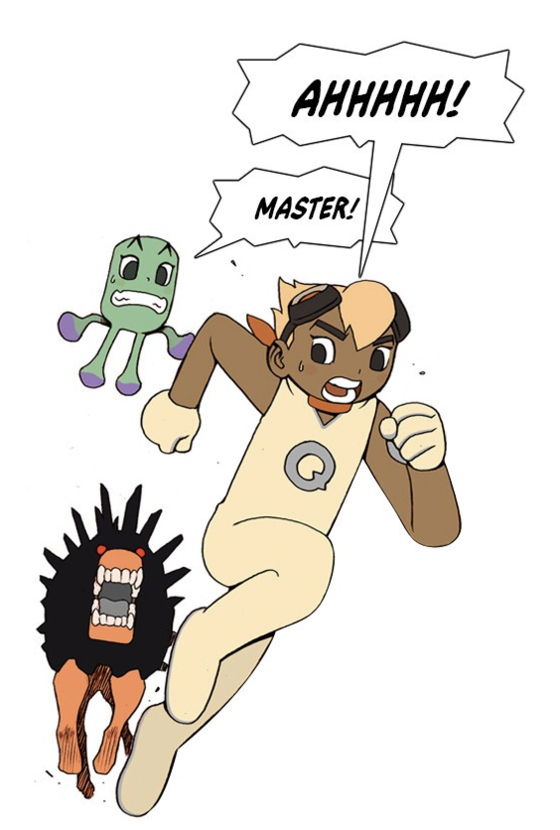 Originally uploaded in January last year as a fan fiction comic on the “Best Challenge” section on Naver Webtoon, the decision to serialize the webtoon was announced just nine months later in October.

“Best Challenge” is where amateur cartoonists can upload their comics to gain publicity and get a chance at serialization after being evaluated by the editors and staff at Naver Webtoon.

"Denkyu" derived from “Denma,” by cartoonist Yang Young-soon. It ran from 2010 to 2019 and developed a solid core fan base for its sprawling and expansive narrative. It follows the main protagonist Dike, who works for an intergalactic courier delivery service called Silverquick. Dike later on gets drugged by a mysterious woman at a bar which leads to him becoming entrapped in the body of a 12-year-old child named Denma. Dike, in the body of Denma, goes on adventures in order to get his body back.

The comment with the most likes on the final episode of "Denma" reads "what a waste of ten years spent telling everyone this was a masterpiece." [SCREEN CAPTURE]


Although the series accumulated over two billion views over 1,414 episodes and was once known as one of Naver Webtoon’s leading webtoons, the ten years of “Denma” were not always smooth sailing. Episodes were frequently uploaded late, and Yang kept fans waiting anxiously for new episodes due to long hiatuses. In the latter part of the series, Yang failed to resolve the many foreshadowings planted throughout the story, and fans expressed rage at the inconsistent plot and weak character developments. Yang said in an interview with the Webtoon Association in 2018 that he left some foreshadowings unexplained because he did not feel the need to explain each and every single one. But fans were not satisfied with his poor explanation. The comment with the most likes on the final episode, published in December 2019 with a rating of just 2.13 out of 10, reads “what a waste of ten years spent telling everyone this was a masterpiece.” The comment has over 16 thousand likes. 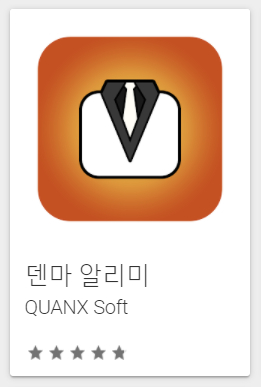 An app for Android devices, named "Denma Notification" (translated), would alert fans when a new episode of "Denma" was uploaded. [SCREEN CAPTURE]


Die-hard fans were so loyal to “Denma” that when Yang went on hiatus or new episodes were tardy, they made apps on both Google’s Play Store and Apple’s App Store that would notify fans when a new episode was updated. The app for Android devices, named “Denma Notification” (translated), has been downloaded over 10 thousand times.

Despite being a renowned cartoonist in Korea and even having received an award from the Ministry of Culture, Sports and Tourism in 2016, this isn’t the first time Yang has been criticized by fans for being irresponsible about his work. In “Parallel Lives” (2009), Yang halted the series so unexpectedly that fans were left flustered and upset. The final yet infamous scene shows a teacher saying “that's all for today's class,” earning the episode a 5.51 rating, compared to the average 9-point range for previous episodes.

So when “Denma” caused disappointment among readers once again, one fan took things into their own hands, creating a fan fiction to once and for all finish the story.

“Denkyu,” with the subtitle “The Unfinished Story,” was officially re-uploaded on Aug. 16. The first scene of the prologue shows Thales of Miletus, a Greek mathematician and pre-Socratic philosopher, teaching a class. Thales explains that time is an illusion, and that an end to something may also be the beginning to others. He then proceeds to say, “just like how a finished story may be begun by someone else, [...] so let’s begin class.” This is a parody of the ending of “Parallel Lives.” 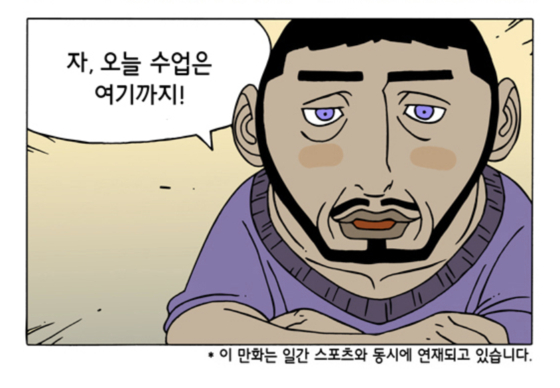 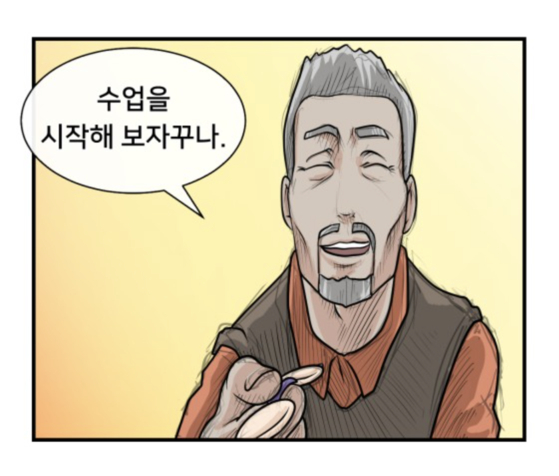 The prologue of "Denkyu" shows Thales of Miletus saying "let's begin class," a parody of the final scene in "Parallel Lives." [SCREEN CAPTURE]


“Denma” fans showed divided opinions on “Denkyu.” “It’s ironic how a fan [of ‘Denma’] decided to continue a whole new series even when the author [Yang] abandoned [‘Denma’],” reads one comment with over 10 thousand likes.

Some were surprised at Baekgamdok’s ability to elaborately take on “Denma.” “I read ‘Denkyu’ when it was uploaded on ‘Best Challenge,’” reads another comment with over two thousand likes, “I read all of it and it was amazing. [Baekgamdok] understands ‘Denma’ better than Yang himself. I marveled at how they resolved some parts in the most unexpected way. The drawings have also gotten much better since ‘Denkyu’ became official.”

“Denma” fans who felt betrayed by the series were skeptical. “How dare you [Naver Webtoon] change ‘Denma’ to paid content and expect us to remember the complicated ‘Denma’ universe? I thought giving permission to serialize ‘Denkyu’ was Yang’s way of apologizing for ruining ‘Denma’ but now all I think he is doing is selling ‘Denma’ out,” one comment reads with almost five thousand likes.

Nonetheless, the prologue and first episode of “Denkyu” each have a rating of 9.31 and 9.64. 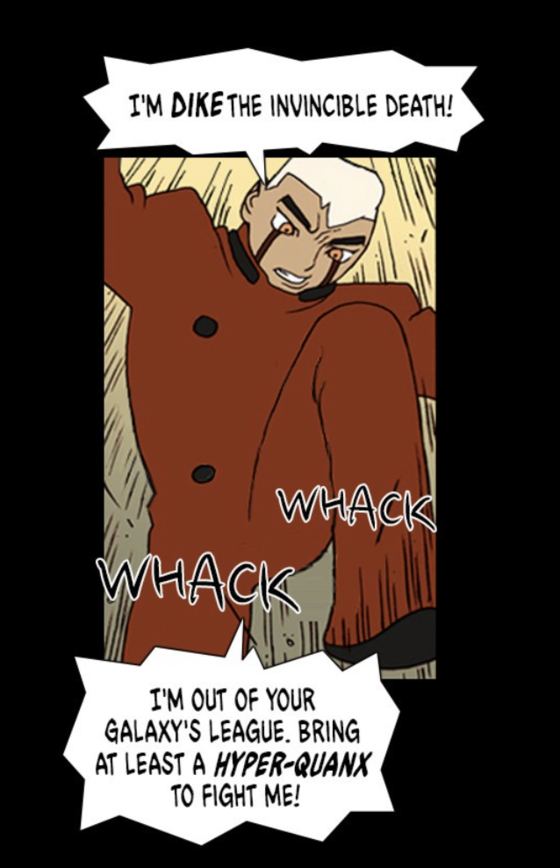 
Naver Webtoon revealed that “Denkyu” is indeed a derivative work of “Denma” and that Yang had given Baekgamdok permission to continue the story on the platform.

“If [Naver Webtoon] finds any derivative works of great quality [for other webtoons] in the future, we will consider their official publication as well,” an official for Naver Webtoon said to local news outlet Xports News in October last year.

However, Naver Webtoon declined to give any more details to the Korea JoongAng Daily regarding “Denkyu” and the platform’s system for serializing new content, as well as any information about Baekgamdok.

While “Denkyu” can be considered a milestone in the history of Naver Webtoon, Professor Jang Min-gi of the Department of Media Communication at Kyungnam University told the Korea JoongAng Daily that derivative works have already been mainstream for a long time.

“'50 Shades of Grey' started as fan fiction of the ‘Twilight’ series,” Jang said. “And [the 2019 romance film] ‘After’ was originally a fanfic piece uploaded on [the web novel platform] Wattpad, based on One Direction’s Harry Styles.”

“The question is whether the original author authorizes and acknowledges the derivative work,” Jang continued, adding that there is a fine line between the producers and consumers of content. “Anyone can be an author, just like anyone can be a reader. The only difference would be if you get paid [by a platform] or not for the new content.”

“Denkyu” is updated with a new episode every Tuesday on Naver Webtoon. The series is not available in English, but the English version of “Denma” is currently being updated every Wednesday to Sunday on webtoons.com/en/.