Shang-Chi (Simu Liu), right, and his friend Katy (Awkwafina) as they come across his father's men in San Francisco in the film "Shang-Chi and the Legend of the Ten Rings." [WALT DISNEY COMPANY KOREA]


“Shang-Chi and the Legend of the Ten Rings” not only marks the grandiose opening of Phase Four of the Marvel Cinematic Universe (MCU) after the wrap-up of Phase Three with “Avengers: Endgame” (2019) but is also the first Marvel film to feature Asian actors in leading roles.

The film is based on another superhero origin story, a plot that Marvel often excels at. Another similarity the film has to other Marvel movies before it, is that Shang-Chi (played by actor Simu Liu) isn’t really on great terms with his father, which becomes the main obstacle that he must overcome to become a true hero.

Shang-Chi is trained to be an assassin from a young age by his father Wenwu (played by actor Tony Leung) and his crime organization “Ten Rings.” However, Shang-Chi escapes to San Francisco determined to have a normal life away from crime. He becomes quite adept at living a life of anonymity, until his father comes looking for him. 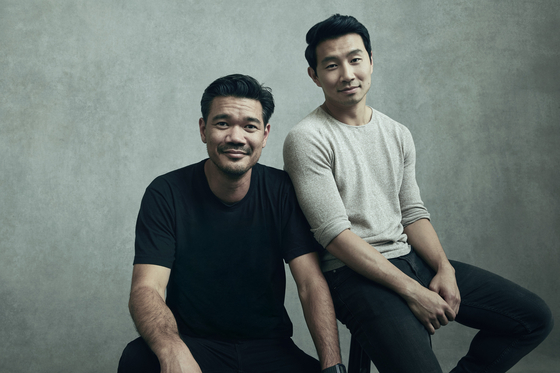 
During an online press event Monday, Liu emphasized the cultural importance of the film.

“It’s so critically important for people of all communities, all ethnicities to be able to see themselves portrayed on screen and their stories, their family stories, their lived experiences and all of the richness and the dimensionality of all of those things,” Liu said. “I think we have an incredible opportunity with this movie to show children and adults everywhere that they do belong, and that they’re the main character of their own story and they can be something, even as incredible as a superhero. I feel that this movie can be a bridge between cultures in that we can share in all of the things that make us who we are with the entire world and what a wonderful way to do that.”

Awkwafina, who portrays Katy, Shang-Chi’s friend and supporter on his journey to become a superhero, also emphasized the importance of having Asian staff behind the film.

Shang-Chi is a trained martial artist and assassin who escaped from his father in hopes of leading a normal life. [WALT DISNEY COMPANY KOREA]


“Asian filmmakers and those behind the camera,” she said, “that’s one way that representation is evolving. We’re telling more specific stories and authentic stories because the Asian experience is not singular. It’s very diverse and so if we can shed light on just a couple of specific experiences, I think that we can, as Simu said, create a bridge between these cultures as well as spotlighting our experience.”

The crime organization “Ten Rings” is named after the fighting tool that Wenwu and later, Shang-Chi use to enhance their martial arts power to its maximum. Its power capacity is described to be “stronger than anything" in this universe.

One of the highlights of the film, and a feast for the eyes of the audience is the hand-to-hand combat between the father and son. As the rings only boost the power of their actions, the fundamentals of the marital arts are still dependent on the fighter.

Director Destin Daniel Cretton said he tried to include narrative in the action sequences to differentiate his film’s fight scenes from previous MCU films.

“When we teamed up with Brad Allan and his incredible team of action designers and stunt performers, our conversations were always around the story and character development and set-ups and play-offs, creating a narrative for each action sequence,” Cretton said.

One of the highlights of the film is the battle between Wenwu (played by Tony Leung) and Shang-Chi and their similar, yet different fighting movements. [WALT DISNEY COMPANY KOREA]


“It was very important from the beginning of choreography process to tell the emotional story between Shang-Chi and his father through the action design and through their movements in martial arts,” he said. “There’s a clear emotional story that Shang-Chi is struggling with, which is learning to understand that he has both his mother and father swirling around inside him and in this particular movie, it’s not about rejecting one over another. It’s about accepting both and redefining them for himself in order to move forward.”

“[I worked] five to six hours a day doing choreography, working on flexibility and learning different styles of martial arts, on top of that doing one hour to one hour and half of weightlifting to build the muscle and to build my body to a place that could endure that much [pressure],” he said. “[One scene] that I’m particularly proud of and without spoiling too much, involves me sliding off the top of a bus, flipping over on the side and crashing into a door. We studied that move for a long time and I prepped it for many, many days [while] the whole time we had producers saying “Simu, are you sure you want to do this? We have stunt people, it's fine,’ but I always insisted, I said ‘I really wanted to do it, please, would you let me?’ and they did and it thankfully turned out really, really well.”

Cretton said that the film was also meaningful for him because it brought together Asian actors of different cultural backgrounds to tell a story that originated from Asian culture.

“Each actor brought such a specific experience that from their own personal background to the set,” he said. “Awkwafina comes from the east coast of America, Simu comes from Toronto. They both share a very specific immigrant story [...] I do think that each one of these actors bringing that personal experience helped to ground each of these characters and shatter stereotypes we have previously seen in American cinema’s portrayal of Asian characters. That to me was the most important thing to do in this process — take what could have been a stereotype and break it down to be a fully realized human being.”