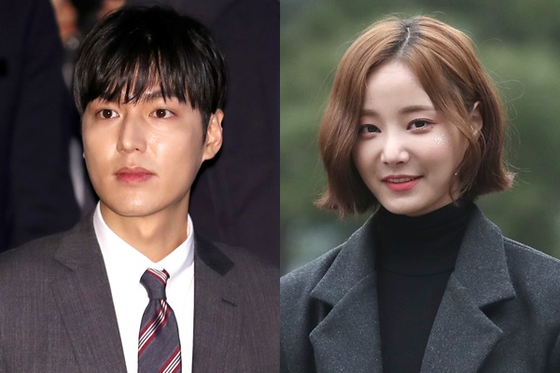 On Monday, an official for Lee’s agency MYM Entertainment told local news outlet Newsen that the two are “just acquaintances and not dating.”

The rumors about the romance were first reported by local media outlet Dispatch who said the pair were spotted on a movie date and had been dating for five months. Dispatch added that an acquaintance of Lee said that the pair had similar hobbies, like playing video games and watching movies.

The official from Lee's agency explained that it was not a date and that they had watched the movie with a group of friends.

Lee, after debuting in the lead role in the mega-popular KBS drama series “Boys over Flowers” (2009), has amassed fans across the globe thanks to roles in SBS drama series “The Heirs” (2013) and “The Legend of the Blue Seas” (2016).

Yeonwoo has been focusing on acting since leaving Momoland in 2020.