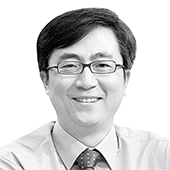 Kim Jin-young
The author is a professor of economics at Korea University and a member of the economic division of the JoongAng Ilbo’s Reset Korea campaign.


The seismic changes in East European countries following the breakup of the Soviet Union on Dec. 25, 1991 had been significant in the economics context as well. The science of economics aims to explain and predict social changes deriving from economic realities and system. The collapse of the Soviet bloc provided a rare opportunity for economists to test out the methodologies to study the impact of a systemic change in a country.

One of the biggest changes in the transitional period of various states after they became independent from the Soviet Union was privatization of state-owned enterprises. Jobs in the public sector moved to the private sector over a lengthy period. Various economic studies were devoted to the changes following the shift of jobs from the public to private sector based on data compiled since the 1990s.

According to the studies, labor productivity sharply improved after privatization. Under private ownership, companies were able to cut costs and increase profit to increase investment and scale up for growth. All conflicts from the privatization process stem from concerns of layoffs and cuts in income for workers who shared monopolized profit under state ownership. But the studies found employment and income increased through growth and expansion following privatization. They are proof that increased jobs in the private sector contributes to corporate and economic growth through improvement in productivity.

The political and economic turbulence over the last five years such as Brexit and election triumph of President Donald Trump in the U.S. owed much to political unity of workers who lost jobs in manufacturing. Job insecurity has huge ramifications. President Moon Jae-in was elected after he promised to place top priority on job creation.

But the job policy under the Moon government did not focus on increasing jobs in the private sector that leads enhancement of productivity and growth. According to data from the Ministry of Employment and Labor, the number of permanent workers in the public sector increased 3.5 percent on average from 2016 to 2020, compared with a 0.8 percent addition between 2012 and 2016. The employment mostly went to senior citizens and involved part-time work. The ratio of full-time employees working for more than 40 hours a week declined to 58 percent in 2020 from over 65 percent in 2016. The employment rate of those aged 60 and older rose to 42 percent from 39 percent during the same period.

There are services only the government can offer, as in social security. Stimuli also was necessary to fight the unprecedented Covid-19 pandemic. Still, increasing public-sector jobs cannot be an answer to the jobs problems. It does not help improve productivity, either. Moreover, the cost of sustaining the increased payroll in the public sector must be paid for through tax revenue, burdening the future generations and the fiscal account due to the increased pension for more government employees. 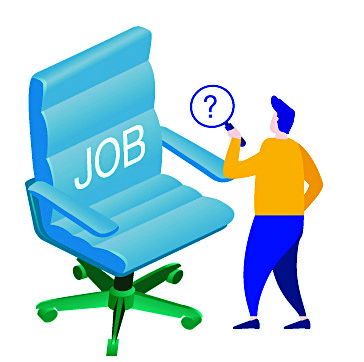 The most important policy for economic growth based on sustained job creation is creating an environment for the private sector to increase hiring on its own. The government must broaden the playing field for companies to discover their potential and compete at their best. It is the only way to create sustainable jobs. Samsung Group has recently vowed to hire 40,000 workers. Although a welcome news, it is a pity to see a big corporate decision still made under pressure from the government.