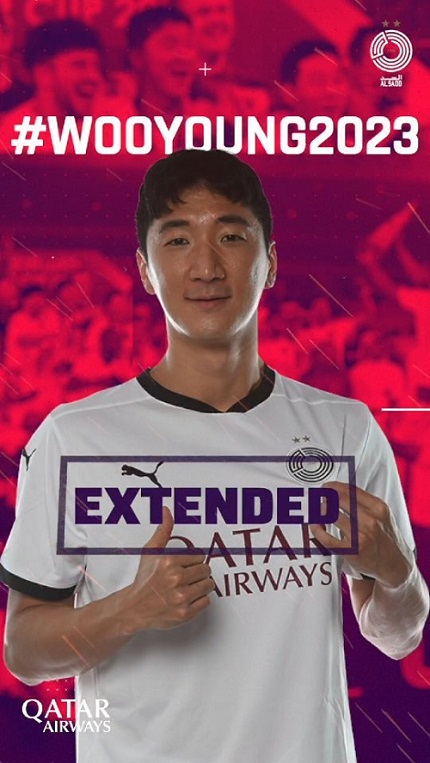 
Due to having unluckily shared a flight with a passenger later confirmed to have contracted Covid-19, Korean national team footballer Jung Woo-young has been taken off Paulo Bento's 26-man squad for the third round of World Cup qualifiers.

The Al Sadd midfielder will have to stay in quarantine for two weeks until Sept. 6.

It had been hoped that Jung's experience playing in the Middle East would come in useful in the two matches scheduled for this month. Korea is set to play Iraq in Seoul on Sept. 2, and Lebanon in Suwon on Sept. 7.

In Jung's place, Ju Se-jong of Gamba Osaka has been called up. Ju has 28 caps for Korea.