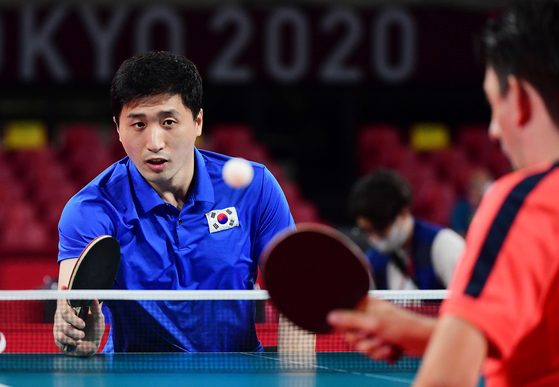 Kim Young-gun receives the ball in the men's singles class four gold medal match against Abdullah Ozturk of Turkey at the Tokyo Metropolitan Gymnasium in Tokyo on Monday. [NEWS1]

The gold medal clash between world No. 2 Kim and world No. 1 Ozturk was always going to be a good match, and neither player disappointed on Monday. Kim won the first game 11-9, before dropping the next two 11-6, 11-7. Kim rallied for the fourth game, level-pegging with Ozturk until the final few points of the game, when the Turkish player pulled ahead to take it 12-10 and win the match 3-1.