Budget has a bit of everything, from seal saving to bidets for army

Budget has a bit of everything, from seal saving to bidets for army 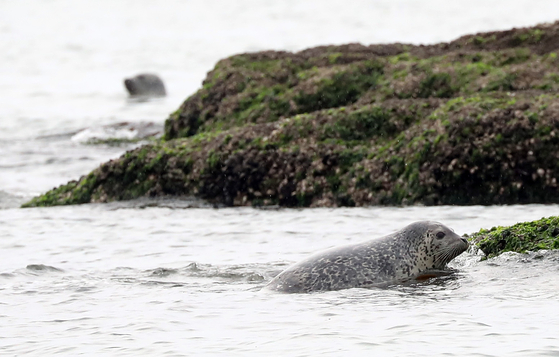 A spotted seal on an island along the West Coast near Incheon. The 2022 budget includes spending for protecting the spotted seal. [YONHAP]

In the 2022 budget, 20 items of particular interest have been noted by the government, with money being allocated for everything from new and improved toilets to space exploration.

A total of 3.7-billion-won ($3.2 million) is scheduled to be spent installing 15,321 bidets in military barracks, according to the Ministry of Economy and Finance on Tuesday, 79 percent of them for the army.

The purpose is to improve the welfare of those serving in the military while improving sanitation.

A total of 17.8 trillion won is being budgeted to construct 10 modern indoor gyms for the military. If the new facilities are successful, more could be built.

The government has budgeted 19.8 billion won for space exploration.

The Korea Pathfinder Lunar Orbiter (KPLO), which is expected to launch next year, is under development. The KPLO will be exploring the moon for a year.

Funds are also being committed to cooperation with the U.S., especially in terms of the Artemis program, a lunar exploration program aiming for a Moon base by 2028.

Under the budget, 3 billion won will be spent constructing five unmanned charging station for commercial electric vehicles, including those delivering fresh produce and parcels.

A total of 2.3 billion won is being committed to developing an AI-based search engine for legal information. It will be the first funding for a 9.2-billion-won project that is scheduled to be completed by 2026, with initial services starting 2025.

The project is aimed at lessening the time needed for administrative work while improving efficiency.

The list includes money for the improvement of public safety, with 2 billion won allocated for smartwatches for victims of crimes, especially those that could face retaliation form the aggressor. The budget was increased from 660 million won this year.

The recent murder of a teenager by the mother’s ex-boyfriend, who was under restraining order, has increased the interest in protecting those vulnerable to crimes.
Those with the smartwatch can immediately request help from authorities, which will be able to determine the location of the person.

The government allocated 1.6 billion won to establish a system that would help find missing people. The system included GPS technology and a text message alarm system alerting residents that the missing person is nearby and delivering photos of the person.

A total of 1.2 billion won will be used to prevent voice phishing, including 970 million won allocated for the installation of telecommunications equipment that can trace overseas calls disguised as calls made locally. The government is committing 270 million won to increasing international cooperation.

It plans to spend 1.35 billion won to build camping-car infrastructure, including power and water supplies and waste disposal areas, while 500 million won has been allocated for the protection of spotted seals, an endangered species.