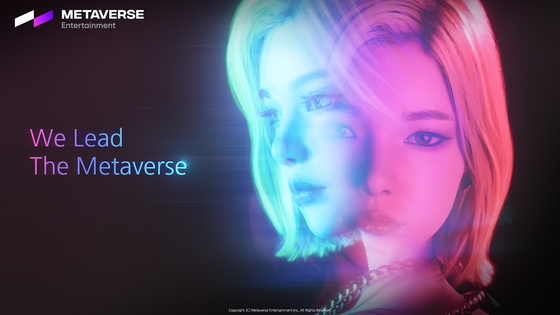 A captured image of the website for Metaverse Entertainment, a new subsidiary founded by Netmarble F&C [NETMARBLE]

A metaverse is a virtual space where people can guide avatars and interact with other avatars and with the computer-generated environment.

The new company, 100 percent owned by Netmarble F&C, will develop new metaverse platforms and content related to Netmarble games, as well as develop and manage virtual influencers. Virtual influencers are computer-generated avatars that are becoming increasingly popular as models for brands.

“We have established Metaverse Entertainment to create new content such as metaverse idols and metaverse worlds that are related to games,” said Seo.

“We will release new platforms and content in the coming days. We will endeavor to become a global metaverse entertainment company.”

Lotte E&C to work with Zigbang on proptech, metaverse