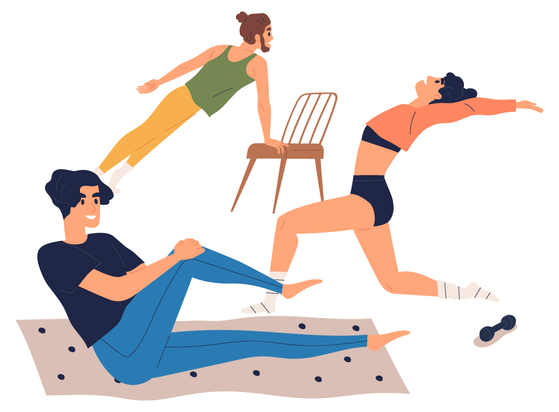 Leggings are becoming increasingly popular among Korean women, but the trend is also sparking a debate on what is appropriate to wear in public. [BYUN JU-YEON]

Compared to Western cultures, fashion in Korea is more conservative, but in recent years things have been changing. Fashion in Korea is slowly but surely becoming more liberal, and the change has been especially noticeable among women's fashion. The shift is sparking debates on what is considered appropriate to wear in public, as well as why revealing fashion is perceived differently when worn by women and men.

One indicator that shows Korea's changing fashion norms is the steady increase in sales of women's leggings, from a total of 638.6 billion won ($548 million) in 2016 to 762 billion won in 2020 according to market research company Euromonitor International earlier this year. 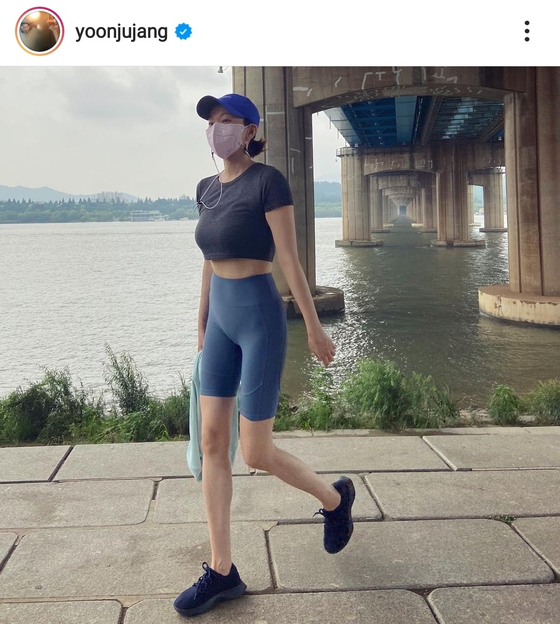 
Thanks to their comfortable elasticity, leggings and bicycle shorts have been part of women's everyday attire in Western societies, but the article of clothing has only recently started becoming popular among Korean women. However, the surge in popularity has also led to leggings becoming a topic of debate in Korean society. 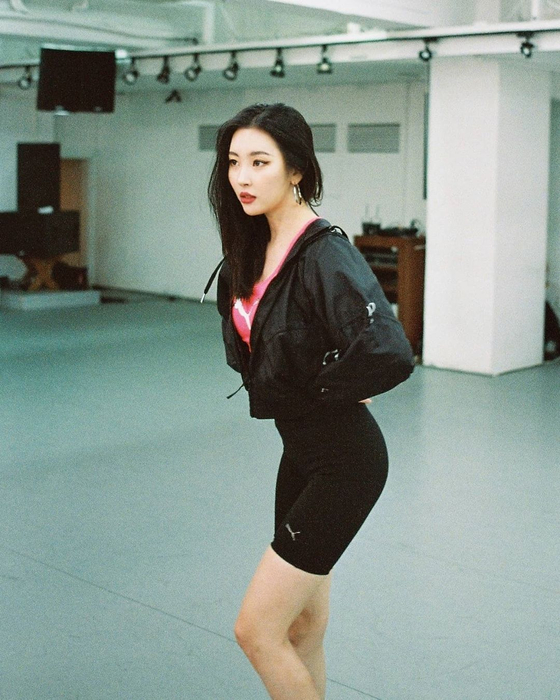 "People are free to choose what to wear, but I also know that some people feel uncomfortable when they see women in leggings or other revealing clothing in public. Even I consciously try to avoid looking in that general direction. Honestly, I have to admit that leggings do turn heads and may not be appropriate for school or public transportation. There's a time and place for everything."

Even though Korean culture has turned more individualistic compared to the past, people still tend to be conscious of and comment on other people's fashion choices.

"Korean culture has a collective mentality, especially compared to Western societies," said Kwak Keum-joo, a psychology professor at Seoul National University. "Collectivism makes people equate themselves with other people, so people tend to care about what others think of my clothing and also about what others wear. Because it's hard to think of each other as completely separate individuals in a collectivist society, people can actually feel second-hand shame when they see someone else who is wearing something considered inappropriate." 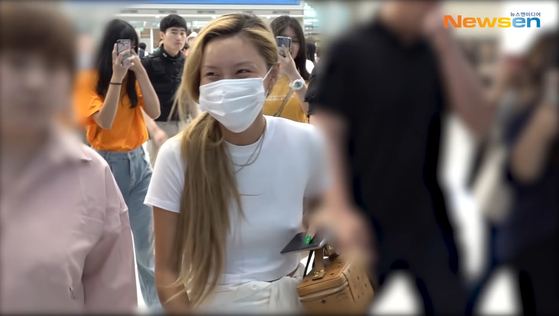 Hwasa of girl group Mamamoo stirred controversy in 2019 for not wearing a bra at the airport. [NEWSEN]


Korean society has experienced a similar heated debate surrounding the "no-bra movement," or a movement among women to choose not to wear bras which many find to be uncomfortable and restrictive. The movement gained publicity and momentum a couple of years ago after a number of female celebrities endorsed it, and "no-bra fashion" has become more common nowadays, albeit still controversial. According to a 2019 survey by survey platform Tillion Pro, while a quarter of respondents thought women who do not wear bras were "improper" or "obscene," the majority actually had a positive attitude toward no-bra fashion.

Years later today, leggings and bicycle shorts are now the new hot point of contention as a relatively new fashion trend in Korea, and also perhaps because it is more glaringly noticeable than not wearing a bra. While their popularity continues to rise, opinions remain divided on whether it is appropriate to wear leggings in public.

"One day I was on a hike, and saw a young woman hiking in very tight-fitting leggings," said a woman in her 50s who wished to remain anonymous. "It might sound crude, but I could literally see every curve. At first, I couldn't help but stare in disbelief that someone was really dressed like that in public, and then I didn't know where to look. I may be old-fashioned, but I think leggings are too revealing to wear outside the house."

"Women's bodies have always been considered as something to be hidden and covered up in layers, especially in Korean culture," said Yunkim Ji-yeong, an associate professor of philosophy at Changwon National University. "Most women not only wear bras, but are also careful to make sure their bra can't be seen, even if it requires wearing another layer of undershirt to hide the bra. The controversy regarding leggings is another example of women being expected to hide their bodies, and people saying they would 'never allow their daughters or girlfriends walk around in that' indicate a mentality wanting to control what women wear." 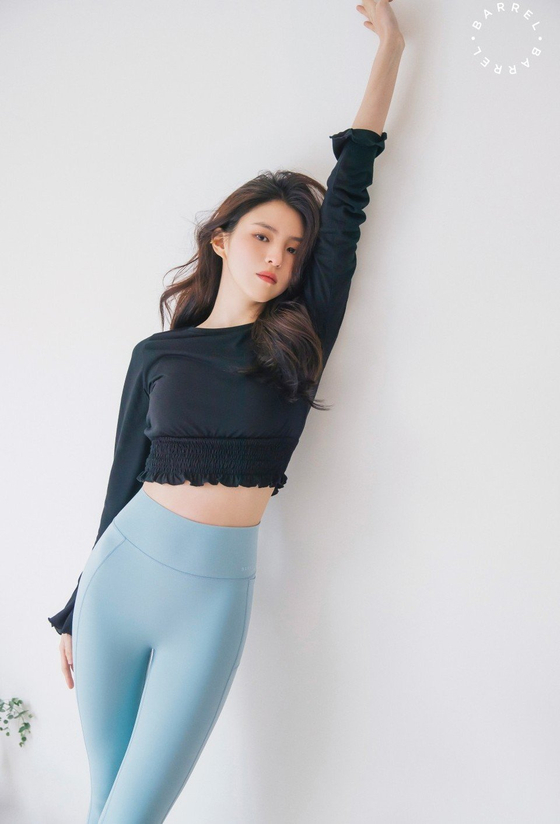 
While debates on revealing fashion choices are often considered to be a women's issue, Korean men are not totally free from the nation's conservative fashion norms either.

"Korean society's collectivist ideas on proper attire also apply to men," said Kwak. "Even in summer, many offices still don't allow male employees to come to work wearing shorts, and many men wear an undershirt beneath their dress shirts so that their nipples don't show through. Although not as strictly as women, Korean men are also expected to cover up more than men in Western societies."

Men coming to work wearing shorts in summer was an "unthinkable" concept according to Kwak until in 2012 when the Seoul metropolitan government changed its dress code for civil servants in order to save on unnecessary air conditioning. But even today, many workplaces frown upon shorts, deeming them too informal. 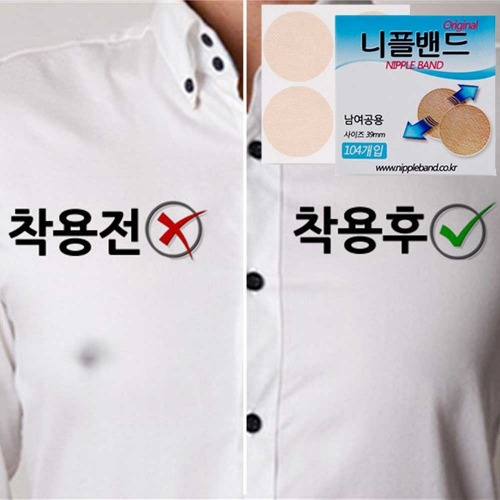 Before and after advertisement image for male nipple patches [SCREEN CAPTURE]


In fact, while the no-bra movement is gaining traction among women, a somewhat ironic phenomenon is happening among men; more men in their 20s and 30s, or even older, are wearing "nipple patches" to prevent their nipples from showing or protruding through their shirts. Nipple patches are silicone or Band-Aid-like adhesives that cover up the nipple. While they are available for both sexes, sales for male nipple patches between June and August increased by 27 percent compared to the same period last year, according to beauty store chain Olive Young this month.

As Korean women's extremely uptight attire is loosening up, and men are becoming more conscious about making their bodies more presentable, the "no-bra movement" and more men covering up their nipples are paradoxically concurring.

Another paradox is that while society's dress code for women is generally stricter, the opposite is true for men when law enforcement is involved. In 2019, a man now infamously dubbed the "Chungju thong man" was indicted for entering cafes while wearing what looked like a thong. He was eventually released without any charges of obscenity as it turned out he was in fact wearing extremely short shorts. 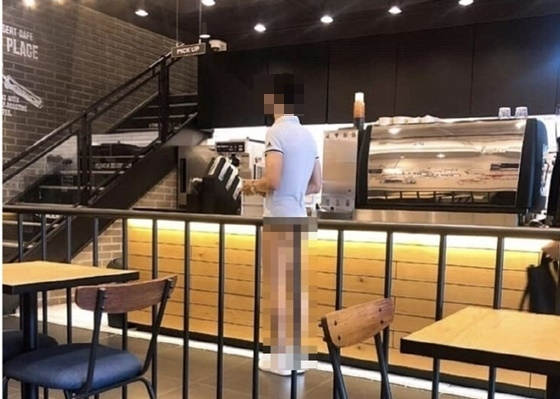 In 2019, a man now infamously dubbed the "Chungju thong man" was indicted for entering cafes while wearing what looked like a thong. [SCREEN CAPTURE] 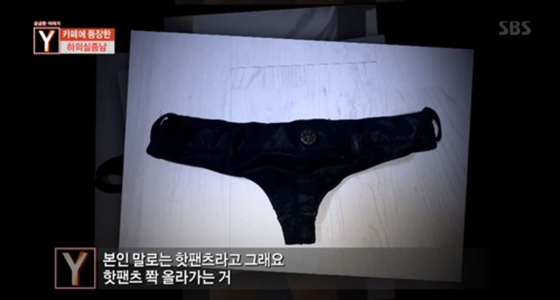 The "Chungju thong man" was eventually released without any charges of obscenity as it turned out he was in fact wearing extremely short shorts. [SBS]


Another similar incident happened in March, when a man in Busan was seen ordering coffee while wearing extremely short pants and had the police called on him. The man has since been identified and the investigation is ongoing, although the Busan police declined to comment further.

This time, the incident raised questions on why men wearing revealing fashion is dealt with more strictly when it comes to policing; especially due to the fact that the Busan man entered a cafe in Gwangalli, a beach area where women are often seen entering stores wearing short swimsuits and even bikinis. Some online commenters questioned if the police would have been called if a woman entered the cafe wearing similarly short pants or swimwear.

Why is revealing attire worn by women and men perceived so differently? 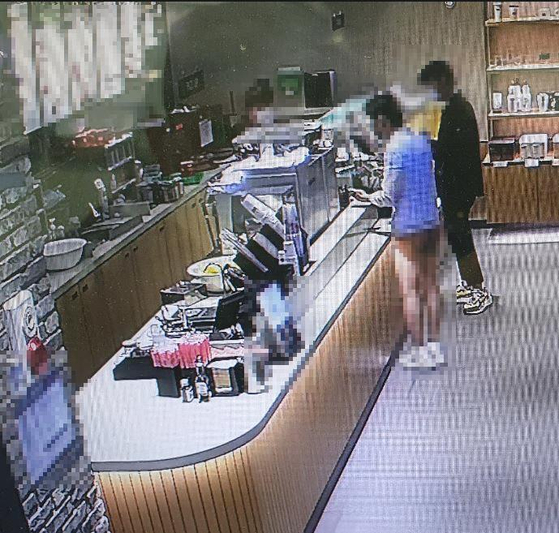 In March, a man in Busan was seen ordering coffee while wearing extremely short pants and had the police called on him. [BUSAN METROPOLITAN POLICE AGENCY]


Yunkim pointed out that stronger backlash against those few men wearing revealing fashion actually shows a double standard against women in Korean society.

"Put in other words, it also means that society is more familiar with women showing skin," she said. "Imagery of scantily-clad women is all over the media and popular. Partially influenced by the media, women in real life are also expected to be sexually appealing, but are required to dress modestly at the same time. They're under a very ambiguous pressure from society; they can be sexualized by the male gaze, yet are criticized and harassed when they actively choose to reveal their bodies by wearing leggings or not wearing bras."

Professor Kwak believes the controversy around women's fashion becoming more liberal, as well men's revealing fashion being strictly policed, is all part of a transition period that Korean society is currently going through.

"Ideally someday, women and men will be accepted wearing whatever they like," she said. "For now, however, I also believe people need to compromise with social norms to a realistic degree. I understand women who want to wear leggings and men who want to wear short shorts may think, 'I'm not harming anybody by wearing what I want.' But society is unfortunately not ready and many feel uncomfortable seeing such fashion in public.

"Years ago, sleeveless shirts were once considered scandalous but no one bats an eyelid anymore. Society will eventually normalize leggings, and even men's revealing fashion. But until then, patience and compromise such as wearing a skirt over leggings or wearing slightly longer pants may be necessary to avoid conflict sparked by radical change."