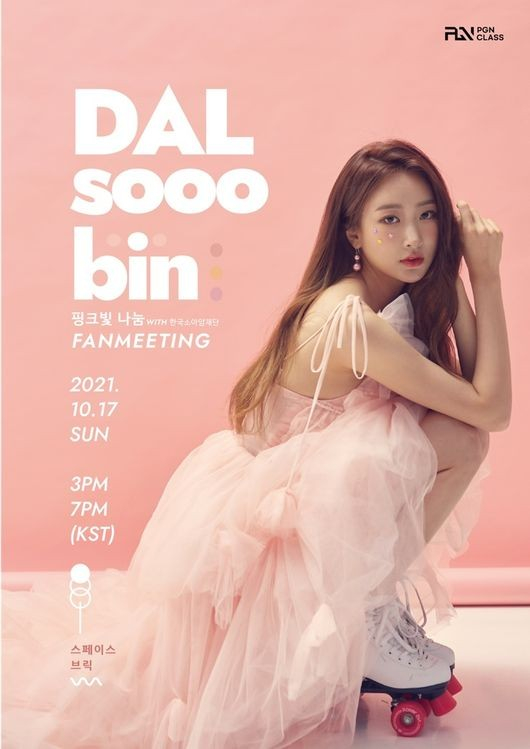 Park Su-bin of girl group Dal Shabet, better known by her stage name Dalsooobin, is joining hands with the Korea Pediatric Cancer Foundation to host a fan meet and donation campaign on Oct. 17.

The event will happen twice at 3 p.m. and 7 p.m. at Space Brick in Mapo District, northwestern Seoul.

Park will be talking about what she’s been doing and also be performing onstage. The offline event will also be streamed live online. Due to the coronavirus pandemic, only 50 people will be allowed to attend the offline event.

Dalsooobin, who originally debuted as a member of Dal Shabet in 2011, has been focusing on her solo career since 2016. She has released seven singles, which she also wrote. She has also been active appearing in TV dramas and on other entertainment shows.