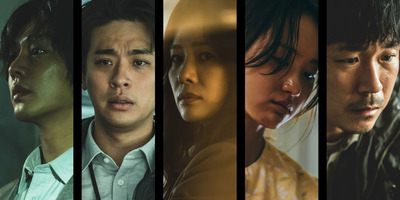 
For the first time in 26 years, the Busan International Film Festival (BIFF) will establish a section to premiere series from streaming platforms, titled “On Screen.”

While it is not new for film festivals to invite films produced by OTT (Over-The-Top) platforms to compete alongside films created for theatrical premiere, BIFF is taking a step further to accommodate the growing popularity of streaming content that has been accelerated by the Covid-19 pandemic.

The On Screen section will showcase highly anticipated drama series on streaming platforms as either world premieres or Asia premieres. A total of three drama series have been invited to the festival this year: Netflix series “Hellbound” and “My Name” by directors Yeon Sang-ho and Kim Jin-min, and HBO Asia’s “Forbidden,” co-directed by Anucha Boonyawatana and Josh Kim.

The section will group together a few episodes for the screening. The rest of the episodes will be released on respective platforms.

“Hellbound” is based on a Naver webtoon with the same title also scripted by Yeon. The story describes the happenings after a series of supernatural events take place in Seoul as Grim Reapers begin to appear and take people to hell. “Hellbound” is the first Korean series to be invited to the 46th Toronto Film Festival, scheduled to take place from Sept. 9 to 18. It is Yeon’s first Netflix project featuring a star studded cast of actors such as Yoo Ah-in, Park Jeong-min, Kim Hyun-joo, Won Jin-a and Lee Re. Three of the six episodes will be screened. 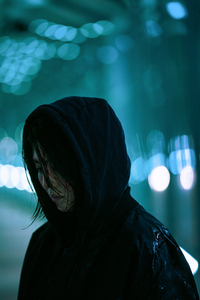 
“My Name” is director Kim’s highly anticipated project after the success of his prior Netflix project “Extracurricular” (2020). The action-noir revolves around a woman plotting to take revenge for her father’s mysterious death by infiltrating the police using another identity. The cast includes actors Han So-hee, Park Hee-soon and Ahn Bo-hyun. Three of the eight episodes will be screened. 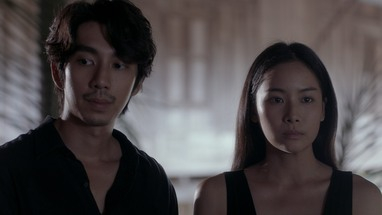 
In horror series “Forbidden,” four friends travel to a remote village in Bangkok for the funeral of one of the friend’s father. The two episodes being screened at BIFF were directed by Thai director Boonyawatana. The series consists of eight epsiodes. Rising Thai stars such as actor-singer Kritssanapoom Pibulsonggram feature in the series.

In a statement released by BIFF, the festival said it plans to expand the section and invite more content from streaming platforms in the future.