Ready to raise the roof

Ready to raise the roof 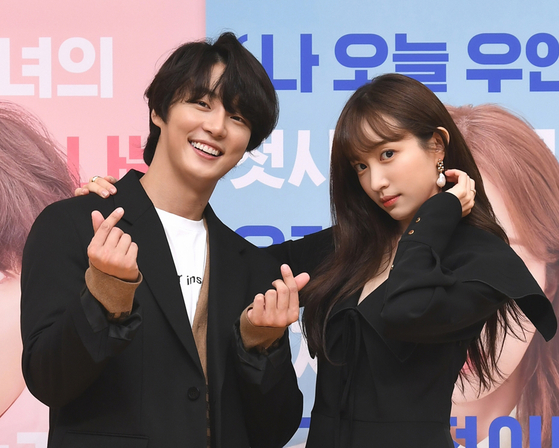 Actor Yoon Si-yoon, left, and actor Ahn Hee-yeon, better known as Hani of girl group EXID, pose together during an online press conference to introduce the new web drama “You Raise Me Up” on Wavve on Tuesday. The drama tells the story of an impotent character played by Yoon meeting his first love, played by Ahn, who turns out to be the urologist at a clinic he visits. [WAVVE]

WAVVE You Raise Me Up