League of Legends Worlds to be held in Iceland: Reports

League of Legends Worlds to be held in Iceland: Reports 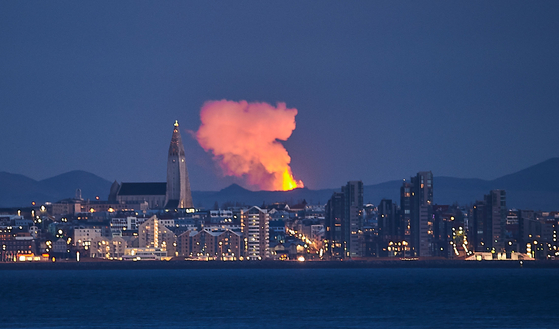 The skyline of the Icelandic capital Reykjavik is backlit by lava coming out of a fissure near the Fagradalsfjall on the Reykjanes Peninsula. [AFP/YONHAP]


Riot Games is looking to hold the 2021 League of Legends World Championship in Iceland, according to an anonymously sourced report from Pablo Suarez of Dot Esports. Four of Korea's top teams are set to compete in the event.


Worlds 2021 was originally planned to travel across five Chinese cities, but last week, the developer announced a change of plans, revealing that the tournament was being relocated from China to Europe. The new host nation was not specified in that announcement.

"It [has become] extremely difficult to guarantee that qualifying teams and their best players would be able to attend Worlds this year," John Needham, Riot's global head of esports, said in a video published last Tuesday.

"After considering all possible options, we concluded that moving Worlds to Europe provided the best opportunity for the most teams and their best players to compete."

With the delta variant running rampant across many parts of the globe, it would make sense for the developer to minimize the chances of the pandemic interrupting its most important esports event of the year. Returning to tried-and-true Iceland would be one way of doing so.

Regardless of where Worlds 2021 ends up being held, most signs indicate the Valorant Champions Tour 2021: Stage 3 Masters, set for mid-September, will still take place at the Verti Music Hall in Berlin. Two of Korea's top Valorant teams will be participating.

Riot Games neither confirmed nor denied Suarez's report, but responded to media requests for comment that there will be "updates on Worlds 2021 this week."