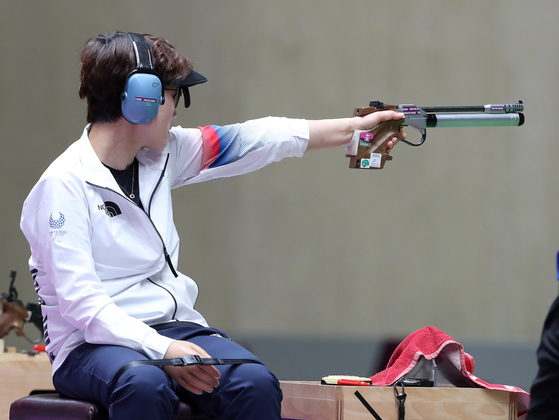 Kim Youn-mi shoots during the women's 10-meter air pistol sport class one final on Tuesday at the Asaka Shooting Range in Tokyo. She finished fourth with 191.6 points. [NEWS1]

Sport class one air pistol shooters can support the full weight of the pistol themselves. As the pistol is held with one hand only, athletes in this sport class have impairments to just one arm or their legs. As they may or may not have leg impairments, some compete in a seated position while others compete in a standing position. Kim’s right hand was amputated due to a work-related accident. This is her second Paralympics after the 2016 Rio Games.