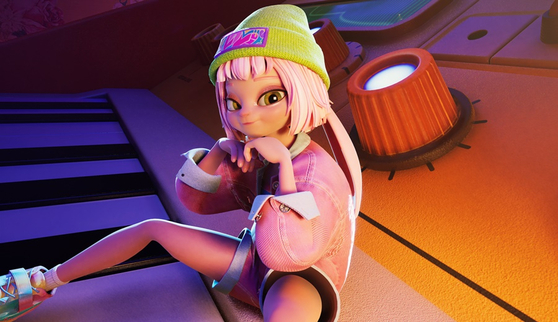 Apoki is a virtual YouTuber and singer that debuted with “Get it out” in February. The singer has gained attention on social media, with over 300,000 subscribers on YouTube and 2.4 million followers on TikTok.

As part of the deal, CJ ENM will support the release an Apoki album. The company is also planning to host a concert starring Apoki and develop merchandise for the fans of the virtual singer.

The company has already worked with Apoki, with the virtual star featured in relay dance videos for “Get it out” and “Coming back” for CJ ENM’s M2 YouTube channel. A relay dance is when singers line up in a row with their band members or dancers to take turns performing parts of the choreography.

The two companies further agreed to cooperate in the entertainment business, focusing on the digital sector.