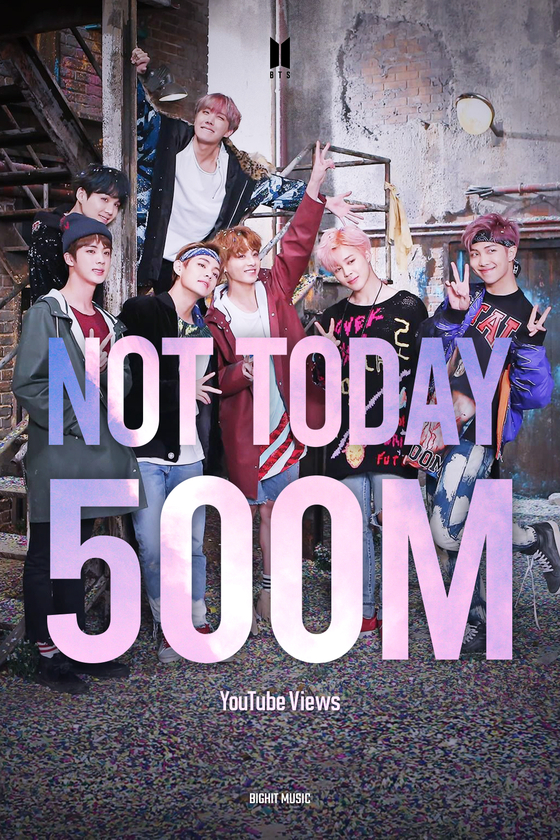 Big Hit Music announced Wednesday that the music video for “Not Today” surpassed 500 million views just before noon today. It has taken four years, six months and 13 days to achieve the feat.