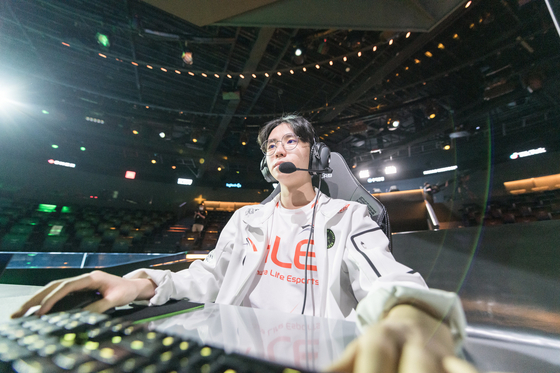 
Hanwha Life Esports took down Liiv Sandbox 3-1 on the first day of the Korean regional qualifiers for the 2021 League of Legends World Championship, on Tuesday evening.


Predictions were divided before the match. Based on the two team's overall form over the summer split, the obvious favorites were Liiv Sandbox, who finished fifth and were often ranked even higher. Hanwha Life Esports had mostly looked clueless all summer and just barely managed an eighth-place finish.

Due to both sides' most recent showing on stage, however, some chanced a different guess. In the last week of the regular season, Hanwha Life had miraculously recovered their form from the spring split — back when they finished third — to take down eventual postseason finalists T1 2-0 in a shock upset. Liiv Sandbox, on the other hand, looked limp in their 3-0 loss against T1 in the first round of the playoffs.

The two teams had a very clear idea of how they wanted to play the match, with both sticking to their respective approach to the draft for four straight games.

The first game was a relatively straightforward win for Liiv Sandbox. Hanwha Life failed to properly get their Camille ahead in the early game, and the pick was thus rendered useless.

The second game, however, played out very differently despite the draft having gone a similar way, due to Jung "Chovy" Ji-hun and Kim "Deft" Hyeok-gyu's dominant performances on LeBlanc and Varus, respectively.

Liiv Sandbox reacted to the loss by banning LeBlanc in the next draft, but that response was revealed to be insufficient as Chovy and Deft played just as well as they did in the previous game after switching onto Twisted Fate and Aphelios.

Twisted Fate's presence only allowed Morgan's Camille to split push with far greater impunity, while Aphelios soon proved to be a greater threat than Varus was. Hanwha Life eventually leveraged their side lane pressure into a win.

With the score at 2-1, it was expected Liiv Sandbox might finally switch things up in the draft phase, but the team stuck with their guns yet again, leaving Camille open and picking another Azir-centric composition for the fourth time.

Their strategic inflexibility cost them dearly, and with Morgan and Oh "Vsta" Hyo-seong delivering their best displays of the night, Hanwha Life steamrolled to a quick victory to advance to the next round and end Liiv Sandbox's season.

"Azir is a very standard mid lane pick, so it was relatively easy to play against since I've faced it many times," Chovy said in the broadcast post-match interview. "I didn't expect to play against it four times in a row today."

The ace mid laner also revealed that Hanwha Life's Rammus ban in Game 4 was actually not a misclick, and that leaving Lee Sin open had been an intentional choice.

Hanwha Life Esports will now play against Nongshim RedForce on Wednesday at 5 p.m. for the two teams' most important match of the year. The winner of that best-of-five will go to Worlds 2021 alongside DWG KIA, Gen.G Esports and T1. The loser will stay home and rebuild for 2022.