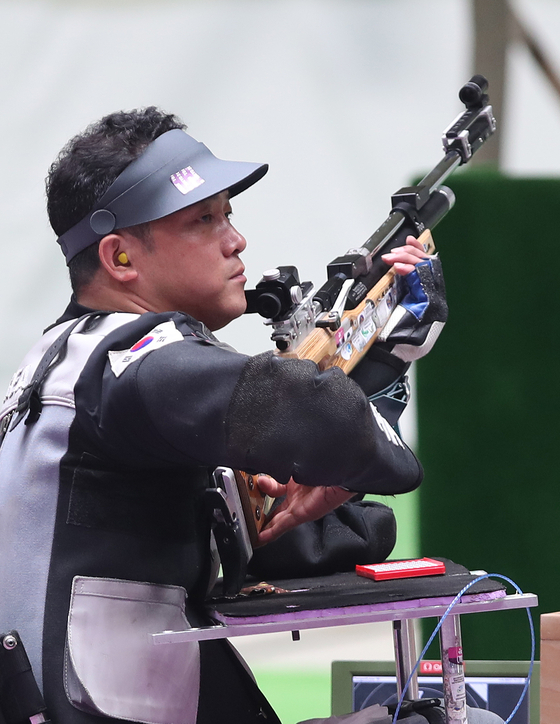 Park Jin-ho prepares for his next shot at Asaka Shooting Range. [YONHAP]


Later in the day at Asaka Shooting Range, countryman Lee Ji-seok missed out on a medal but finished fourth in the mixed 10-meter air rifle prone SH2 final. Gold went to Serbia's Dragan Ristic, who shot a 255.5 to set a Paralympic record. Silver went to Ukraine's Vasyl Kovalchuk, and bronze to Slovenia's Francek Gorazd Tirsek.