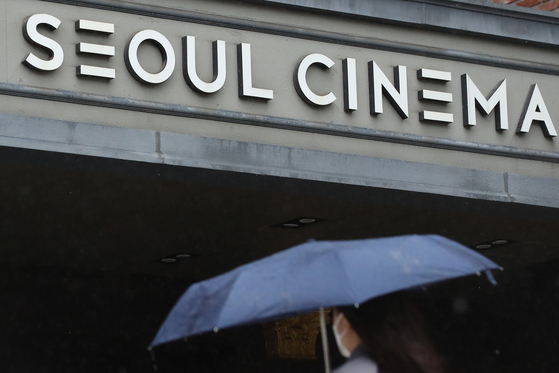 Seoul Cinema in Jongno District closed on Aug. 31, after 42 years of operations, unable to withstand the financial difficulties brought about by the pandemic. [YONHAP]


On Aug. 31, Seoul Cinema in Jongno District, central Seoul, closed its doors after 42 years of operation with French director Leos Carax’s “Holy Motors” (2012) as its final screening. Despite heavy downpours throughout the day, hundreds of people flocked to the theater, though all tickets were sold out for the day.

Why close down such a popular cinema?

Such a crowd is ironic as the theater has only recently been drawing attention and crowded with visitors following the news of its closure. As the final film of the cinema came to an end at around 7 p.m. and the venue literally got ready to close the doors, visitors quickly raised their smartphones to take photographs, eager to possess the imprints of Seoul Cinema’s final moments.

In July, an announcement was made on its website saying, “Seoul Cinema that has received great love as one of the landmark theaters in Jongno will close down as of Aug. 31.” Hapdong Film, a film production company that operates the cinema said that it is “preparing for new changes and challenges that will lead the times.” 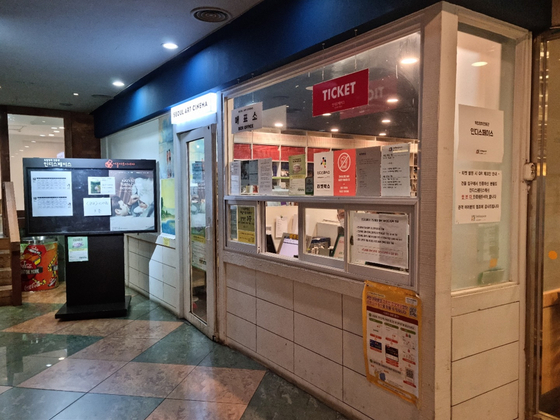 The ticket booth of Seoul Cinema on Aug. 31 with signs that read all the tickets for the day had sold out [YONHAP] 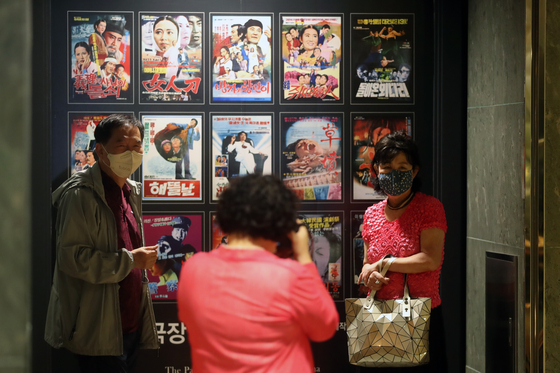 Visitors to Seoul Cinema on the day of its closure take pictures in front of a photo wall displaying posters of some of the hit movies it had screened over the past 42 years. [YONHAP]


It was the late chairman of Hapdong Film Kwak Jeong-hwan, who was also a film director, that gave birth to Seoul Cinema in 1978 by acquiring the Segi Theater and giving it a new name. With the opening of Seoul Cinema, Seoul’s Jongno 3-ga district was cemented as the center for cinema, as it also housed Dansungsa, the first cinema that opened in Korea in 1907, and Piccadilly, which opened in 1958.

However, since the late 1990s, such cinemas have been suffering financially with the emergence of multiplex giants. Dansungsa closed in 2012, while Piccadilly was acquired by multiplex giant Lotte Cinema in 2004, followed by CGV, which is the current owner. Seoul Cinema failed to withstand the financial pressure amid Covid-19 and became the last of the three to shutter its doors. The article takes a look back over the past 42 years of Seoul Cinema. 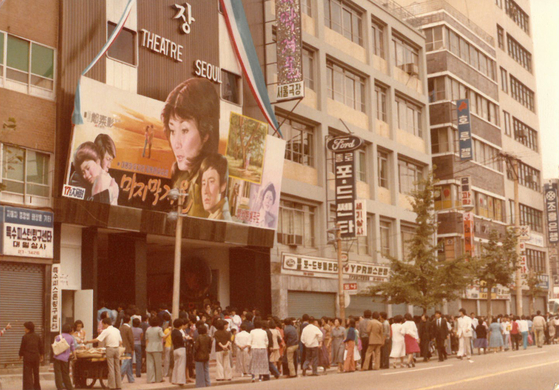 People lined up to buy tickets for director Jeong So-young's "The Last Winter," which was the first film screen at Seoul Cinema in September of 1978. [SEOUL CINEMA]


The first mention of Seoul Cinema in the JoongAng Ilbo dates back to Sept. 16, 1978, a day before its opening. The article reads: “Segi Cinema, which was acquired by Hapdong Film, has been remodeled and renamed Seoul Cinema and is set to open on Sept. 17, just in time for the upcoming Chuseok holidays.” The article details the opening party Hapdong Film organized the day before.

Back then, the cinema only had a single screen, which was not uncommon for movie theaters at that time. For the opening, Hapdong Film decided to screen director Jeong So-young’s “The Last Winter” (1978), featuring veteran actors Yu Ji-in, Lee Young-ha and Kim Dong-hyun. The film depicts a love triangle between three college friends, as they experience engagement, pregnancy, disappearance and a dramatic escape. The film attracted 120,000 people, establishing its status as one of the major cinemas in central Seoul. 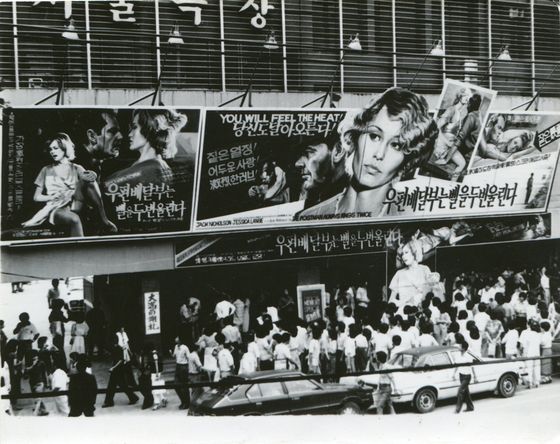 A black and white photograph showing swarms of people waiting to see "The Postman Always Rings Twice" in 1982 in front of Seoul Cinema. [KOREAN FILM ARCHIVE]


Then followed “The Postman Always Rings Twice” (1981), which also premiered in Korea in 1982 and sold more than 400,000 tickets. The film, which is adapted from a 1934 crime novel by American writer James Cain, stars Jack Nicholson and Jessica Lange. Though its genre is crime, it was promoted as a sensual movie, probably to attract moviegoers who were still talking about the previous film “Madame Aema."

In 1985, when it screened “Indiana Jones and the Temple of Doom” (1984), Seoul Cinema held competition as Yeon Heung Cinema was also screening it. Seoul Cinema managed to sell a whopping 600,000 tickets, becoming the most popular cinema of the year for foreign films. 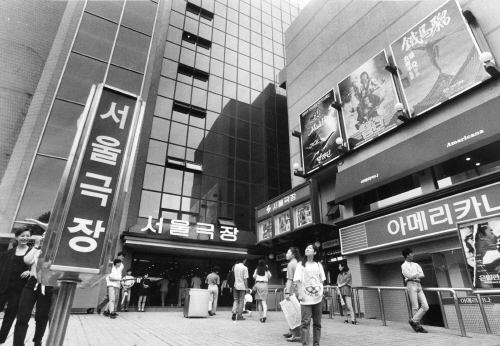 A scene of Seoul Cinema in 1993, after a renovation to install two more screens. [JOONGANG PHOTO]

It was in 2003 when Seoul Cinema became a true multiplex, opening 11 screens to compete shoulder to shoulder with other multiplex franchises run by large corporations that began to emerge in Korea from 1998 starting with CGV Gangbyeon. In 2017, it went through another major renovation to install all the convenient features other multiplexes have.

Seoul Cinema also prided itself as the cinema that late Cardinal Stephan Kim Sou-hwan had picked to see “A Single Spark” at, on Dec. 3, 1995 with his mother. The film depicts the real life of Jeon Tae-il, a young tailor at a garment factory in Seoul, who self-immolated in 1970 in protest of the labor laws. The cardinal, who was known to be deeply interested in the rights of laborers, had told the producers even before the production of the film was completed that he wanted to see the film with young Koreans as soon as it was screened. When it premiered on Nov. 18, it sold more than 150,000 tickets in just three weeks.

Another film that has attracted a great number of people was “Harry Potter and the Philosopher’s Stone” (2001), which premiered at the Seoul Cinema on Dec. 14, 2001. According to Warner Brothers, more than 4 million tickets were sold across the country. Newspapers published photographs of the Seoul Cinema featuring young Korean moviegoers visiting the cinema for the first time to see “Harry Potter,” holding their mother’s hands tightly. 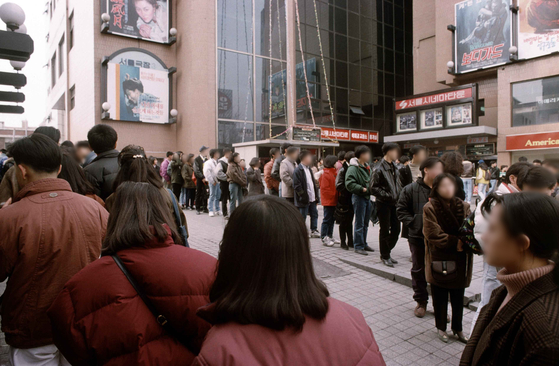 A long line of people wait in line to purchase tickets in 1993 in front of Seoul Cinema. [YONHAP]


It was also the venue for civic groups to hold protests against films. In 2003, civic groups held pickets in front of Seoul Cinema to protest against the James Bond series “Die Another Day,” urging people not to watch the film, which was released in Korea on Dec. 31, 2002.

The film had received a lot of criticism from Korean audiences even before its release for its depiction of Korea and the scenes where the Military Demarcation Line between North and South Korea turn into a sea of fire. The film ultimately got pushed out of the top 10 at the box office within three weeks of its release and soon got taken off screens across the country.