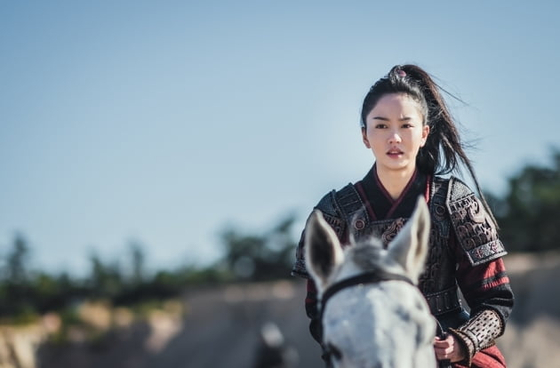 
KBS series “River Where the Moon Rises” won the Best Television Drama Series at the annual award ceremony hosted by the Korean Broadcasters Association (KBA), according to the organization Thursday.

The achievement is especially meaningful as the series faced some obstacles mid-production when actor Ji Soo, who played the lead role of On Dal, dropped out of the series after admitting to being a bully during his school days. Actor Na In-woo replaced him.

In the newly established category of New Media program, SBS Digital News Lab’s “MMTG- Civilization Express” took the award for its distinct concept and smooth running of the show with producer and emcee Jaejae.

Best Male Actor went to actor Chun Ho-jin for his role as a stingy but loving father in KBS series “Once Again.” Best Male Entertainer went to Yoo Jae-suk for his popular personas in MBC show “Hangout with Yoo.” Entertainer Kim Sook received the Best Female Entertainer award for her role as an emcee on KBS show “Boss in the Mirror.”

The Korea Broadcasting Awards recognizes the nation’s top television programs, entertainers and actors. For the second year in a row, the ceremony was conducted without an audience due to the Covid-19 pandemic. The ceremony will be prerecorded and aired on MBC on Sept. 10.