Sprinter Jeon Min-jae gives it her all in Tokyo

Sprinter Jeon Min-jae gives it her all in Tokyo 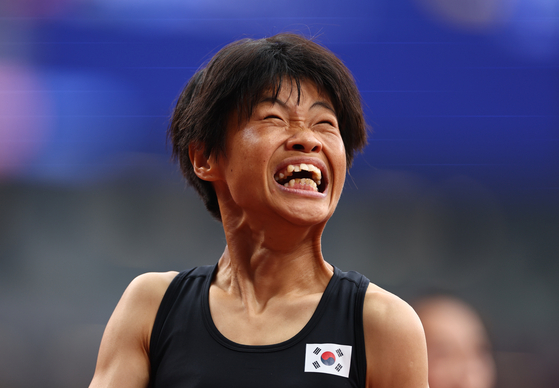 Jeon Min-jae reacts after finishing the women's class 36 100-meter heat race on Wednesday at the Olympic Stadium in Tokyo. [REUTERS/YONHAP]


Korean sprinter Jeon Min-jae completed all her races at the Tokyo Paralympics on Wednesday evening.

On Sunday, Jeon finished fourth in the women’s sport class 36 200-meter race, narrowly missing out on the podium, before finishing eighth in the 100-meter sprint on Wednesday.

Athletes in the 30s sport classes have involuntary movements or uncoordinated muscles tension that are often associated with cerebral palsy or traumatic brain injury. Jeon was diagnosed with encephalitis at age five, which resulted in cerebral palsy.

Athletes of classes 35 to 38 like Jeon have better control of their trunk and legs and compete in a standing position, whereas classes 31 to 34 compete in wheelchairs.

As if reaching the final stages of two track events at the age of 44 isn't an incredible achievement alone, Jeon is still improving, running her season best time of 31.17 seconds in the 200-meter race on the big stage.

Though her race at Tokyo may be over without a medal, reaching the final stage of two track events as the only female Korean sprinter is something of an accomplishment.