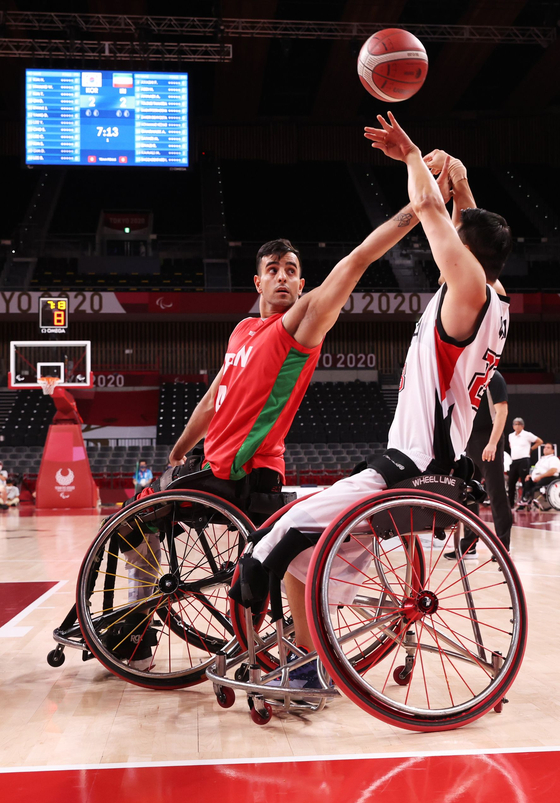 Korean and Iranian players compete for the ball during the 9/10 playoff game at the 2020 Tokyo Paralympics on Thursday. [REUTERS/YONHAP]


The Korean wheelchair basketball team finished the 2020 Tokyo Paralympics with a loss in the 9/10 playoff game on Thursday, dropping the final match of the Games 64-54 to Iran.

The Korean team started off strong, winning the first quarter 16-10 before appearing to tire and slipping further and further behind later in the game. Iran, on the other hand, appeared to grow in strength as the game went on, increasing its lead into the final few minutes.

With the loss, Korea finishes 10th out of the 12 teams competing, a disappointing result, but not a terrible one for a team that hasn't made it to the Paralympic stage since Sydney 2000. The team did pick up one win, on Saturday against Colombia, marking Korea's first victory in Paralympic wheelchair basketball in 21 years.

Wheelchair curlers pick up a win in third game of Paralympics