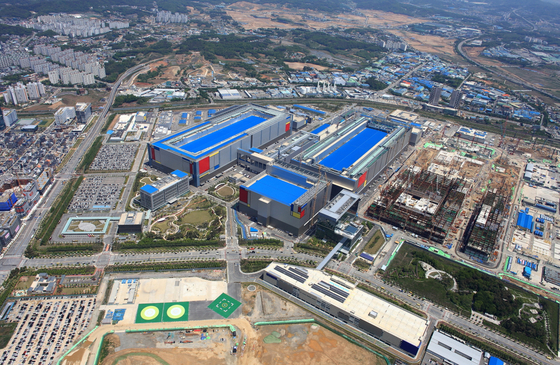 
Samsung Electronics has notified key clients of price increases of up to 20 percent for contract chip fabrication, following hikes by Taiwanese rival TSMC that are some of the steepest in its history.

“Samsung Electronics sent a notice of unilateral price hikes on chip products last month to include all of its foundry clients -- from Qualcomm and Tesla to smaller local chipmakers,” said a sales executive from a Seoul-based chipmaker whose company received the notification.

The source said price increases of up to 20 percent will be charged starting early next year.
“The maximum rate suggested is 20 percent, but specific rates for each company could differ depending on the type of chip after each party negotiates,” the source said.

Samsung Electronics manufactures some of the latest Snapdragon chipset designed by Qualcomm while supplying its Exynos processors for Tesla.

A spokesperson for Samsung Electronics declined to confirm.
But the company hinted at a possible hike during a conference call in July, saying extra revenues will be used for investment to boost production of chips.

“[Samsung] will bring the supply prices of its foundry back to normal to ramp up production at the Pyeongtaek complex and expand overall foundry production capacity,” said Ben Suh, head of investors relations for Samsung Electronics, during the conference call.

TSMC, the world’s largest contract chip manufacturer, will raise prices of its products by 20 percent, according to reports last month.

The hike is likely to be felt in a wide range of electronics products and eventually increase the retail prices of smartphones, cars and home appliances. 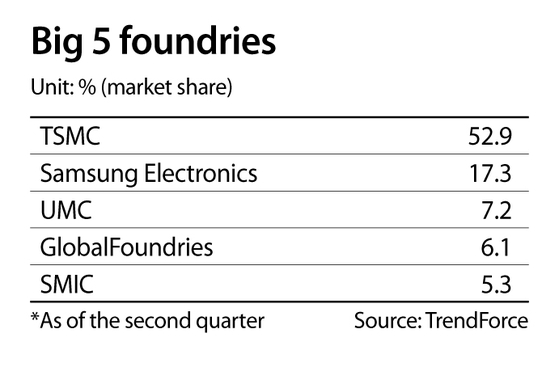 Other chipmakers including UMC, SMIC and GlobalFoundries are on track to increase their prices, according to Kim Yang-jae, an analyst at KTB Investment & Securities.

A supply shortage of different chips including microcontrollers and display drivers has shifted the bargaining power in favor of the contract chipmakers, ending at least temporarily a long-held practice of offering discounts to win over customers.

“So far, it only adjusted the discount level for its foundry chip products, but surging demand for chips -- about 30 percent higher than supply -- prompted Samsung to push up prices,” the analyst said.

The increased revenue from the price hike will likely go to investment in the facilities for its semiconductor business. Samsung Electronics has an aggressive roadmap to gain technical supremacy in its competition with TSMC.

It plans to mass produce 3 nanometer chips by 2022 using a new transistor technology called Gate-All-Around FET. TSMC also plans mass-production of 3 nanometer chips in 2022, but it will not use the new technique.

Despite Samsung’s efforts, TSMC has a commanding dominance of the foundry business with a 52.9 percent market share in the second quarter.

Samsung had a 17.3 percent share, according to Taiwan-based market tracker TrendForce.