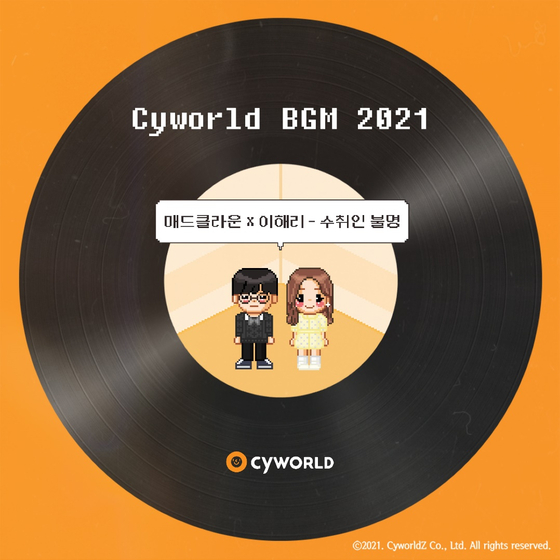 It is the ninth song part of the “Cyworld BGM 2021” project, where remakes of Cyworld’s popular background music are released on local streaming sites.

Titled “Address Unknown” (translated), the song is a remake of a track with the same name from 2007. The original hip-hop track was the No. 1 background song used on the social media platform at the time.

The remixed version has an acoustic guitar and flute sound added to it.

A video of Mad Clown and Lee performing the song has been released on YouTube as well.

Other rereleased songs for the “Cyworld BGM 2021” project include “Y (Please Tell Me Why)” sung by singer Soyou, “Officially Missing You” by Gaho and “Snow Flower” (translated) by Ailee.