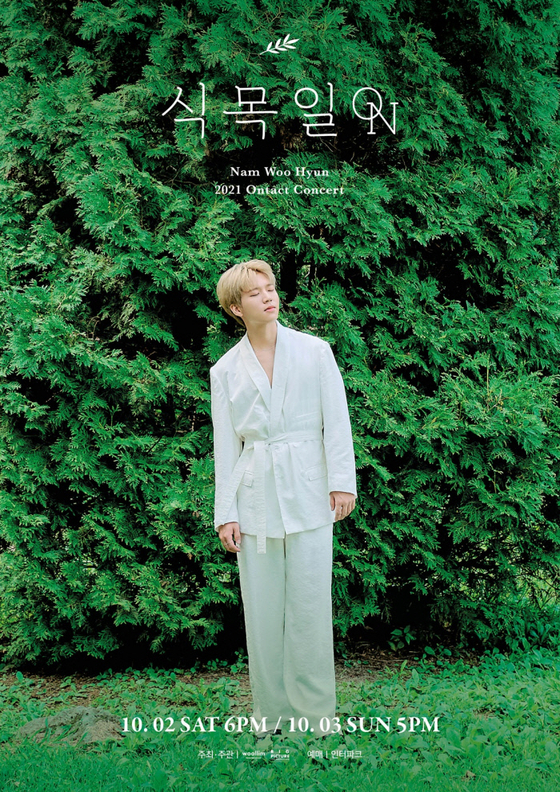 Nam Woo-hyun of Infinite is holding a solo concert next month. [WOOLLIM ENTERTAINEMENT]

A teaser poster was uploaded to Nam and Infinite's social media accounts on Friday, showing Nam standing amid forest-like scenery.

The concert marks Nam’s return as a singer since being discharged from the military last month. His last concert was held in August 2019.

Tickets can be purchased through Interpark starting next Tuesday at 3 p.m.

More information on the concert is expected to be announced at a later date.