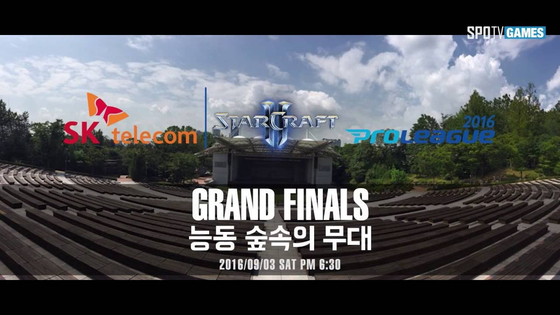 
Five years ago, on Sept. 3, 2016, Jin Air Greenwings and KT Rolster faced off in the grand finals of the 2016 SK Telecom Proleague, held on the Neungdong Forest Stage at Seoul Children's Grand Park. It was the final match of the StarCraft Proleague.

At 6:30 p.m. when the festivities kicked off, the weather was warm and breezy, a tender early autumn evening. As the first game went underway, the sun set on both the cozy amphitheater and the storied competition that had made Korean esports what it is today. 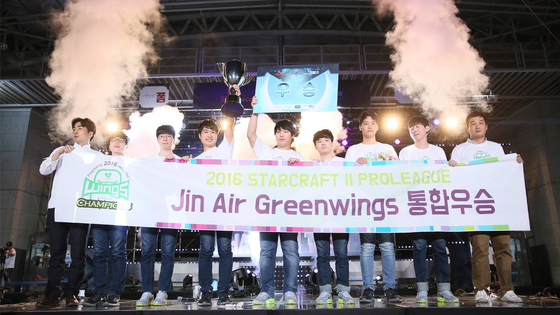 Officially, Proleague was shut down on Oct. 18, 2016 — so at the time of the grand finals, the general public was unaware it would be the last one ever, although its possibility had been frequently discussed among fans for months due to the obvious difficulties plaguing the scene.

Behind closed doors, however, all teams were told prior to the playoffs that the league would cease operations at the end of the year, as StarCraft 2 was no longer the only game out there, nor did it need to be. Most organizations thus decided to disband their SC2 squads at the end of the season.

In the press release announcing the termination, then-KeSPA chairman Jun Byung-hun explained that the match-fixing scandal of 2015, as well as the ever-dwindling supply of players, teams and sponsors in the scene, led to a situation where it no longer made sense to keep the league running.

Many middling or older players chose to retire, as it was expected that only the very best players would be able to continue making a living through the game by earning prize money in singles events. 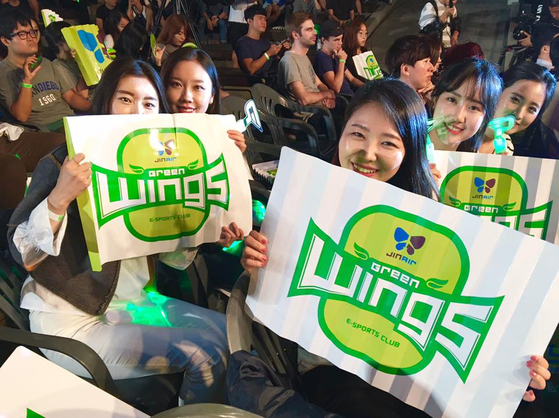 The establishment and commercial success of Proleague was the single largest reason Korean esports could get a 10-year head start on the rest of the world in terms of professional infrastructure.

Before the team-based, year-round circuit was launched in 2003, there had been no real way for non-superstar players to put bread on the table through StarCraft: Brood War, despite the game's incredible popularity. Back then, all but the biggest names were bleeding money in pursuing their craft.

By adopting a full league format and aggressively pulling in heavyweight corporate sponsors, Proleague guaranteed at least some semblance of career stability for pro players during its 14 years of existence.

Korea's early dominance in what soon became by far the largest esport in the world — League of Legends — can also be attributed to the existence of Proleague. Many of the best teams Korea ever produced in LoL were funded by chaebol companies who were then competing in Proleague, with SK Telecom and Samsung Electronics among the most representative names.

Some with a myopic perspective may dismiss the end of Proleague as merely the inevitable death of a sports circuit that was structurally inhibited from downsizing enough to justify its continued existence. From a wider historical context, however, it's indisputable that the Proleague ecosystem served as the bedrock of the Korean esports industry for at least its first decade. Its close marked the end of an era. 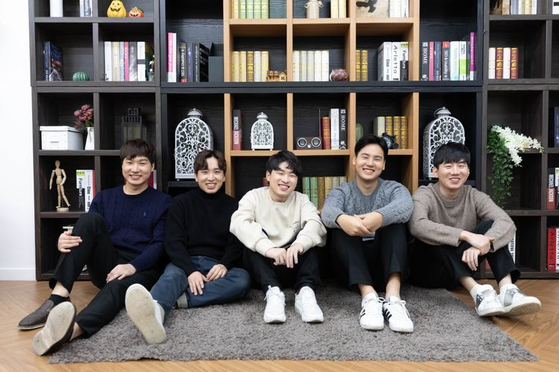 
Where are they now

Jin Air Greenwings was the only team in Proleague to continue to operate its SC2 division. The organization continued to stand by and support its players until Greenwings itself shut down for good in November 2020.

KT Rolster's SC2 squad was disbanded at the end of 2016. The organization is still active in League of Legends and Wild Rift, but media reports from earlier this year have revealed the telecommunications company is interested in selling off its esports arm soon.

Many despondent fans had expected the end to be near for competitive StarCraft 2 when Proleague's termination was announced. Contrary to expectations, however, the esports remains intact and continues to enjoy a quiet extended twilight; outside of Korea, it even saw a few brief resurgences. Most still in the tight-knit scene are content to appreciate what they have while it lasts.

The Neungdong Forest Stage continued to be utilized on occasion for esports events. The AfreecaTV StarCraft League Remastered (ASL) Season 3 Finals took place there just nine months after the Proleague finals. Two years later, in 2019, it again held the ASL Season 8 finals. The amphitheater will most likely be revisited for another AfreecaTV production once Covid-19 is over.

Jin Air's team flag, waved on stage during their trophy ceremony, has been preserved by esports broadcaster and Korean social media celebrity Wolf Schröeder, who asked Jin Air staff after the match whether he could keep it. It now rests in his house alongside other StarCraft esports memorabilia.