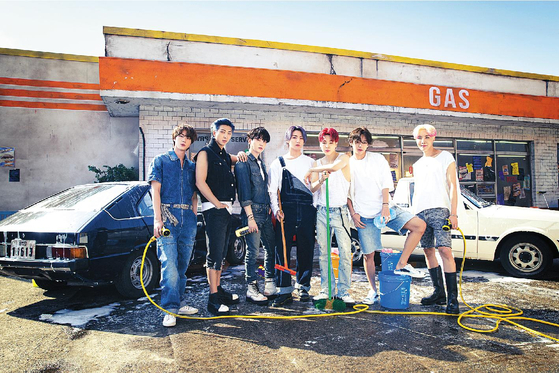 “We will talk about the positive vibes we felt during the challenge,” BTS member Park Ji-min, commonly referred to as Jimin, said during a trailer, in which all seven members of the band took turns to talk briefly about the show.

The “challenge” Jimin mentioned invited people to dance to BTS’s song “Permission to Dance” and upload their video as a YouTube Shorts. A new version of the “Permission to Dance" music video, which is a compilation of some of the challenge videos submitted by fans around the world, will premier on the show, which will air at 11:45 p.m. in EST on Thursday, or 12:45 p.m. Friday, Korean time.

"Permission to Dance," the group's second collaboration with British singer-songwriter Ed Sheeran, was released July 9 and debuted at No. 1 on the Billboard Hot 100 singles chart.