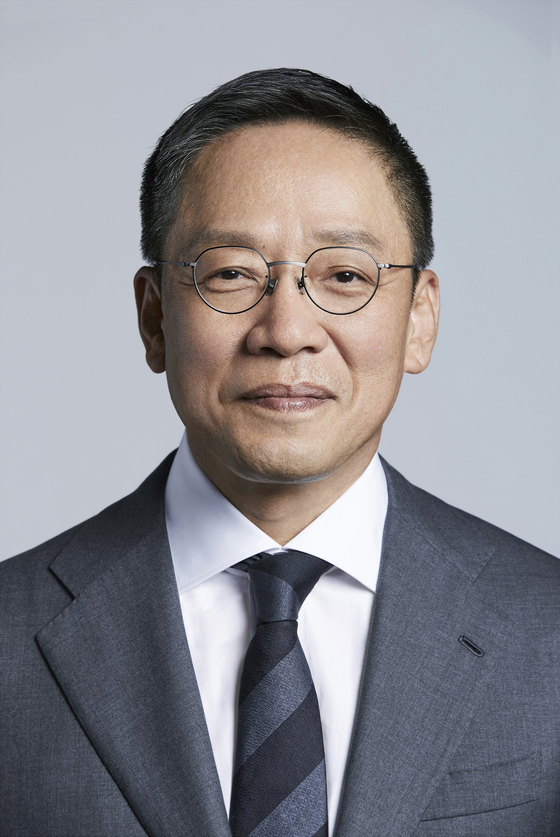 Chung is keeping his role as vice chairman and CEO of Hyundai Card and Hyundai Commercial.

According to sources from the financial industry Monday, Chung's resignation as vice chairman and CEO of Hyundai Capital will come after a board meeting to be held at the end of this month.

As Hyundai Capital turned to a dual CEO structure in April, with Chung alongside Mok Jin-won, the auto finance company will be led by Mok after Chung leaves. A new board member will be appointed to replace Chung at an upcoming shareholder meeting.

Industry analysts have been expecting a change in Chung's position at the three financial companies as they all shifted to dual-CEO structures in April.

Hyundai Card had said then that the transition was meant to allow Chung to draw out the big picture for the financial companies while the newly appointed CEOs take responsibility for executing the plans and managing related risks.

As Chung leaves Hyundai Capital, he will focus more on bolstering future growth engines for Hyundai Card and Hyundai Commercial, which offers corporate financial services such as financing for machinery and offering working capital loans.

The possibility of Chung preparing a spin-off of Hyundai Card from Hyundai Motor Group has also resurfaced.

As Hyundai Motor Group Chairman Euisun Chung strengthens his hold over the group, it is customary in Korea's chaebol culture for other family members to spin off their own businesses.

Hyundai Motor Group, however, said the resignation is not related to the restructuring of group affiliates.