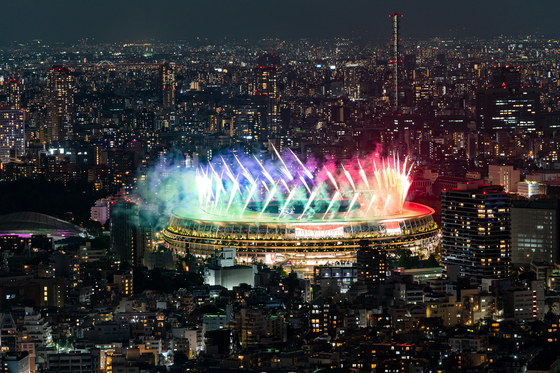 Fireworks explode over the Olympic Stadium during the closing ceremony of the 2020 Tokyo Paralympic Games in Tokyo on Sunday. [XINHUA/YONHAP]


The 2020 Tokyo Paralympics officially came to a close on Sunday evening, ending 13 days of superhuman athletes defying overwhelming odds, personal tragedy and unbelievable obstacles and passing the baton to Paris 2024.

Korea sent its biggest team ever to the Tokyo Paralympics. A total of 159 athletes came home with four gold, nine silver and 21 bronze medals. 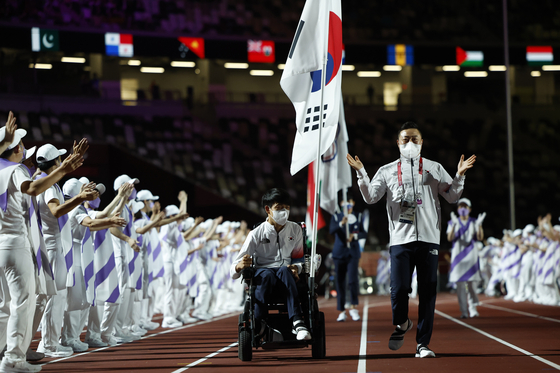 Jeong Ho-won carries the Korean flag during the closing ceremony of the 2020 Tokyo Paralympics on Sunday. [REUTERS/YONHAP]


The closing ceremony reminded spectators around the world that though Paralympians had made the most of the small window of just less than two weeks to get the attention of the world and convey a hopeful message, it still wasn't enough.

The International Paralympic Committee launched the Wethe15 campaign as the finale of the Games, to emphasize the continuation of that attention, stressing that real change begins “when the floodlights went out and the cameras stopped rolling.”

"Together, against the odds, we did it," said International Paralympic Committee President Andrew Parsons during his closing ceremony speech.

"The Tokyo 2020 Paralympic Games have not just been historic; they have been fantastic.”

The torch was then passed to Paris, where a crowd danced along and an athlete did somersaults while French artist Pone DJed using eye-tracking software. Pone cannot use most of his muscles due to amyotrophic lateral sclerosis, or Lou Gehrig's disease.

“I call upon Paralympic athletes to meet again in Paris in three years’ time, where once again you will inspire and excite the world with your sporting excellence,” said Parsons as the Paralympic flame was extinguished in the Olympic Stadium in Tokyo.