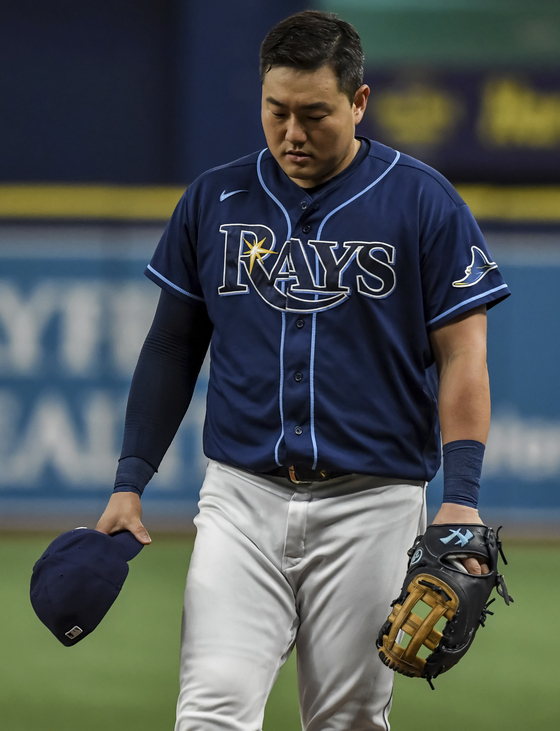 
Choi Ji-man is expected to rejoin the Tampa Bay Rays on Wednesday after spending two weeks on the injured list due to tightness in his left hamstring.

According to local media on Monday, Choi is expected to rejoin the Rays ahead of a game against the Boston Red Sox on Wednesday. He has spent some time rehabbing in the rookie Florida Complex League over the weekend.

Choi hit a double and then came around to score in the first inning of the Rays' 9-0 win over the Chicago White Sox on Aug. 22. He appeared to hurt his hamstring while running the bases, and was taken out for the rest of the game.

Concerns about fitness have plagued the Korean slugger this season, with this latest trip to the IL his third of the season. Knee problems during spring training forced Choi to undergo surgery, taking him out of the early weeks of the season. Choi joined the club on May 16, but then ended up on the IL again, this time with a groin strain, in June.

When fit, Choi has had a fairly solid season at the plate. In 200 at-bats he has recorded 50 hits with 30 runs including nine homers. His batting average is .250 for the season, slightly above his career .246.