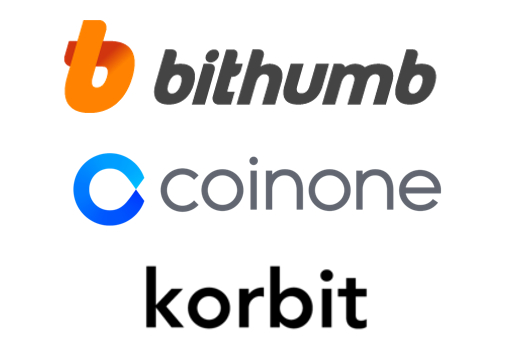 Major cryptocurrency exchanges Bithumb, Coinone and Korbit all appear to have reached deals with banks that will allow them to survive beyond the Sept. 24 deadline.

A spokesperson from NongHyup Bank said Wednesday that the bank has agreed to extend a deal to issue real name accounts for Bithumb and Coinone traders, confirming that it will deliver the relevant documents to the exchanges to finalize the contract. The deals for issuing real name accounts for the two exchanges were to expire on Sept. 24. While the contracts have been renewed every six months in the past, the bank said it cannot disclose the terms of the latest contract.


Shinhan Bank also confirmed Wednesday that it is delivering confirmation to Korbit that it will continue to issue real name accounts for the exchange. A spokesperson from the bank, however, said that the confirmation document does not officially mean the deal has been extended.

“Whether we are extending the partnership will be announced before the Sept. 24 deadline, but for now we are holding that off for later,” the spokesperson said. “The document has been delivered first in order for the exchange to go ahead with its registration process first. It is the confirmation document they need for now to complete registration.”

Wednesday's announcement appears to suggest that Shinhan Bank will extend its partnership with Korbit, but the bank is likely waiting for Korbit to submit its registration documents to the Financial Services Commission (FSC) before officially confirming that the deal has been extended.

“It’s likely the bank will make a final announcement at the last minute,” another source from Shinhan Bank said.

The current partnership on real name accounts between Shinhan Bank and Korbit lasts until Sept. 24.

Under an amendment to the Act on Reporting and Using Specified Financial Transaction Information, a local law intended at preventing money laundering, crypto exchanges have until Sept. 24 to register as virtual asset service providers at the Korea Financial Intelligence Unit, a body under the FSC responsible for implementing anti-money laundering practices in Korea.

To register, the exchanges needed to tick two boxes. One is to receive confirmation document from banks confirming that they will issue accounts in the name of the actual traders of cryptocurrency.

The other is to obtain the Information Security Management System certification from the Korea Internet & Security Agency, ensuring the exchanges have achieved a certain level of information security.

With the addition of Bithumb, Coinone and Korbit on Wednesday, four exchanges have managed to meet the two requirements so far.

Upbit, a Dunamu-operated cryptocurrency exchange with the largest trading volume in the country, was the earliest to meet the requirements and signed up last month to register with the FSC body. Upbit is partnering with internet-only bank K bank.

After registration, it could take as long as three months for the financial authorities to evaluate the reliability of the submitted documents and approve them, according to a statement released by the FSC on Monday.