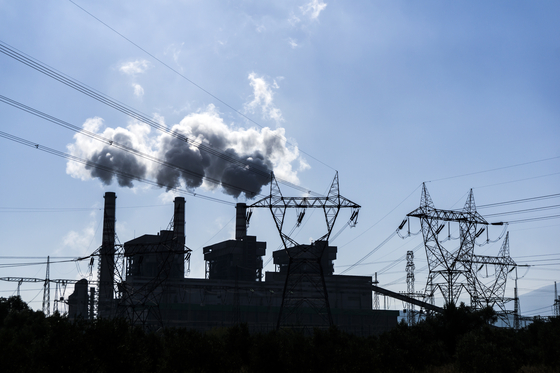 
Brokerage firms will soon be allowed to participate in carbon trading and freely sell and buy the emission permits on the Korean Exchange, the Ministry of Environment announced Wednesday.

According to the ministry, companies engaging in the investment brokerage business will be given rights to participate in the carbon trading market. No specific date when the new rule will go into effect has been declared.

The maximum amount of emission rights a brokerage house can own at a time will be capped at 200,000 tons. All companies will have to buy and sell the permits directly, which means they can't make transaction for third parties.

The involvement of brokerage houses will contribute in “activating the emissions trading market and solving the imbalance between supply and demand, as well as the ongoing price fluctuation issue,” the Ministry of Environment said in a statement.

Carbon trading, which the country adopted in 2015, is a system in which the Korean government allocates emissions permits that allow companies to discharge specific quantities of pollutants over a given time period. If a company wants to indulge in activity that involves greater amounts of pollution, it must buy additional credits. If it pollutes less than it has been allowed, it can sell its leftover credits.

Companies can trade their emissions permits like stock on the Korea Exchange. Prices fluctuate depending on supply and demand. If companies emit more than they are allowed and don't buy permits on the market, they face heavy fines.

Until now, only companies that were subject to the regulations were allowed to sell and buy carbon credits in the market. Critics argued that this was the main reason for instability in the market, as their transactions were concentrated in certain periods, leading to serious price fluctuations.

“Mostly, the prices of emission rights spike in June ahead of the deadline the companies have to report to the government how much carbon they have emitted for a year,” said the Environment Ministry. “But in other months, the volume of transactions is usually very low, so some companies suffer due to a shortage of rights in the market.

According to a Korea Exchange survey of 364 companies subject to the regulations in the first and second phases, 25.5 percent pointed out “price fluctuations” as the biggest problem with the trading scheme. A full 28.8 percent said “stability of the emission permit price” is the most urgent issue the government should solve.

The environment ministry also said it will keep its “emission rights market maker” system as part of efforts to stabilize the emissions trading market. The system allows some companies that are not subject to the trading scheme to participate in the market, but they have to reveal the prices whenever they want to sell or buy permits in order to prevent the sudden hike or drop of prices. They are regularly monitored by the ministry to gauge their effect on the market.

So far, five companies — the Korea Development Bank, Industrial Bank of Korea, Hana Financial Investment, Korea Investment & Securities and SK Securities — have been working as market makers under contracts with the Ministry of Environment.