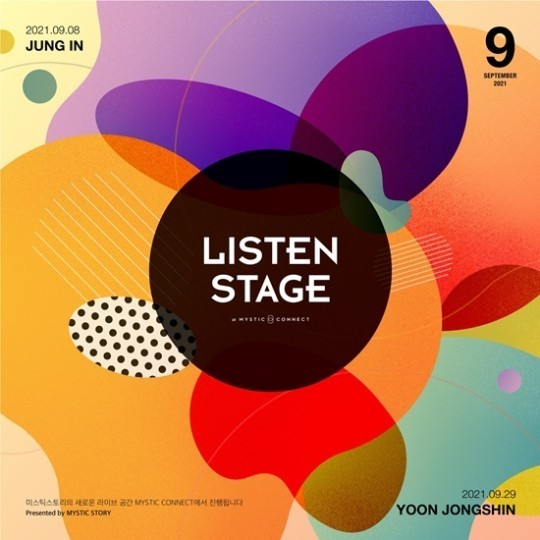 The project was initially set up in 2017 to show the agency’s music that people can not only listen to, but also watch. Musicians signed with the agency would perform 30 minute sets on the first floor of the agency’s building in Yongsan District, central Seoul.

On Wednesday, singer Jung In will present a performance and on Sept. 29, singer Yoon Jong-shin will take to the stage. The performances will also be streamed live via the agency’s YouTube channel.