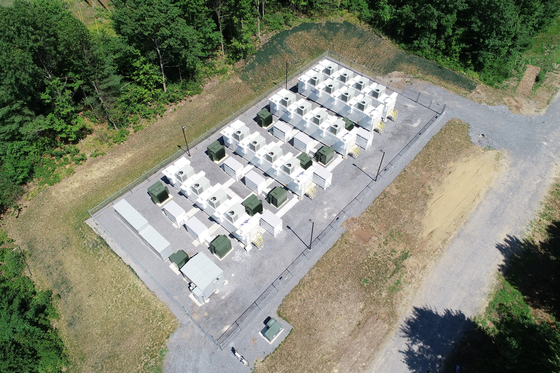 The announcement came a week after the company pledged to become a leading player in the global hydrogen, renewable energy, eco-friendly liquified natural gas (LNG) and energy solution industries.

Key Capture Energy, founded in 2016 and headquartered in Albany, New York, has 254 megawatt (MW) of standalone energy storage projects either in construction or in operation and 3,000 MW of storage projects in development in the United States.

The projects are largely concentrated in New York and Texas and the company plans to expand them to in the northeast, central and western parts of North America.

Key Capture Energy’s projects save renewable energy on energy storage systems (ESS) and redistribute them to where they are needed through transmission and distribution networks using artificial intelligence technology.

They are considered not only environment friendly but also profitable businesses because the electricity generated from natural sources can be saved on the ESS when demand is low and sold at higher prices when demand is high.

“These projects supplement the shortcomings of renewable energy, so they are expected to grow in line with renewable energy businesses,” SK E&S said in a release Thursday.

According to global consulting firm Wood Mackenzie, the ESS-based energy solution business is expected to grow by an average of 60 percent every year until 2030 to reach 76 gigawatt (GW) in size from the current 6GW.

SK E&S said it will spend some $600 million in the next two to three years to operate more environment-related projects such as the acquisition of Key Capture Energy.

This is latest in a series of investments SK E&S has been making to expand into environmentally friendly energy projects in the United States.