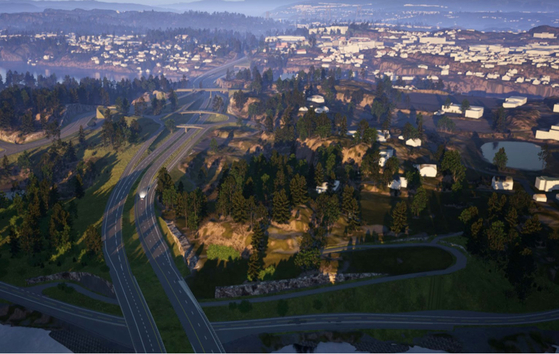 
A consortium including engineering company SK ecoplant has been named the preferred bidder for a $2.2 billion road construction project in Norway.

The consortium was named the preferred bidder for the Norwegian Public Roads Administration's Rv 555 The Sotra Connection project. The project involves building and managing a new road system in Norway.

The project is intended to improve traffic congestion in Bergen.

The consortium will be responsible for a number of roles, including the construction of a four-lane road and bridge that connects Bergen and Oygarden in Norway.

SK ecoplant, which owns a 20 percent stake in the consortium, will be responsible for engineering, procurement and construction.

The Norwegian Public Roads Administration will pay 60 percent of costs during the construction period and the remainder once construction is complete.

Sotra Link will operate the road system for 25 years after construction is scheduled to be completed in 2027.

The agreement for the project is expected to be completed in the first half of next year, according to SK ecoplant.

SK ecoplant said the company’s overseas building experience in Turkey contributed to the selection of the consortium in the bidding process.

“We are happy to have entered the Northern European market,” said SK ecoplant CEO Ahn Jae-hyun, adding that he vows to make the company into a global firm.