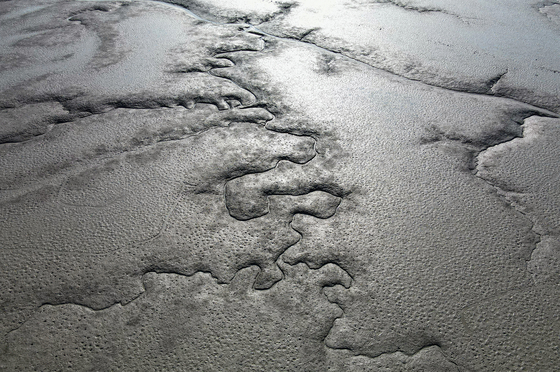 Korea’s tidal flats, which are common along the coastline in the west and south of the peninsula, were designated as Unesco’s World Natural Heritage in July.

It marked the second time for a Korean natural asset to be inscribed by Unesco, following Jeju Island. Before the tidal flats, known in Korean as getbol, the nation had a total 14 world heritage sites including Jeju. It might have come as a surprise to many who thought of such mud flats as common, as even Korean President Moon Jae-in shared on his Facebook in July that it might be easy not to reckon the value of a certain thing when we are too familiar with it.

Out of four getbol inscribed by Unesco on July 26, three are along the coastline in the West Sea. That includes South Jeolla’s Sinan, North Jeolla’s Gochang and South Chungcheong’s Seocheon. The getbol along South Jeolla’s Boseong and Suncheon are the only ones by the South Sea.

Of all the tidal flats in Korea, what makes these four places so special?

In total, Korea’s tidal flats measure 2,489.4 square kilometers, accounting for about 2.4 percent of the entire country. About 83 percent of all mud flats are by the West Sea, with the rest by the South Sea.

More than half of the getbol Korea has at the moment, about 1284.11 square kilometers are part of the Unesco inscription. It means, more than 1.2 percent of Korean soil is worth preserving, and such inscription cements the country's globally renowned natural environment. 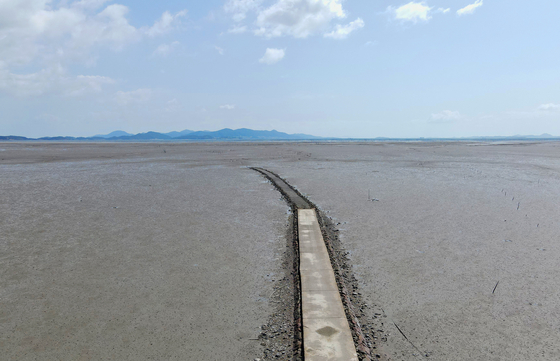 
Korea may see even more tidal flats appear in coming years. The World Heritage Committee has recommended Korea expand the getbol areas in an attempt to reinforce their value by the 48th meeting of the committee in 2025. According to local experts who worked to have the flats recognized by Unesco, about three to four regional government have applied to be additionally recognized by the global organization.

That means, by 2025, about 70 percent of all the getbol in Korea, and two percent of the Korean soil, might become the world’s natural heritage.

However, the designation doesn’t really change the lives of the people making a living on the getbol. But companies that work on developing such tidal flats may have more difficulties finding other projects to work on while administrative bodies of regional governments may have more paper work to do to continue to promote the flats.

Almost 85.7 percent of the tidal flats designated this time are located in Sinan County, South Jeolla. The county has total 14 smaller residential areas called eup and myeon, and 13 of these areas were the locations of getbol that were designated. Sinan is the first county to push for the global inscription from Unesco, and also has been the most active in leading other counties.

“It was 2007 when the county first started to do research on getbol, after I personally began studying them with professor Chun Seung-soo of Chonnam National University’s Earth Systems and Environmental Sciences in 2003,” said Go Gyeong-nam, a director of Sinan county office’s world heritage department, who has spent 18 years of his 24-year career as a civil servant working to have getbol designated on Unesco.

“At first we were pushing only for the flats in Sinan, but we decided to include more in other regions as the Cultural Heritage Administration suggested such idea.”

He said what the world heritage committee valued the most is the biodiversity in the tidal flats.

“Without our tidal flats, so many migratory birds would lose a stop during their travels and go extinct,” Go said.

About 144 types of seaweeds and 568 types of other underwater creatures like clams, shrimp and crabs also call getbol home.

In Seocheon’s tidal flats the globally-threatened Spoon-billed Sandpiper can be spotted. There are about 300 of the species in the area. The largest habitat of the birds is Yubu Island in Seocho’s tidal flats.

The island is small, measuring only 0.77 square kilometers, which is about one fourth the size of Yeouido in western Seoul. The some 80 residents mostly work in fisheries. There is no regular passenger boat, so if you want to visit, you have to ask a local fisherman to give you a ride. 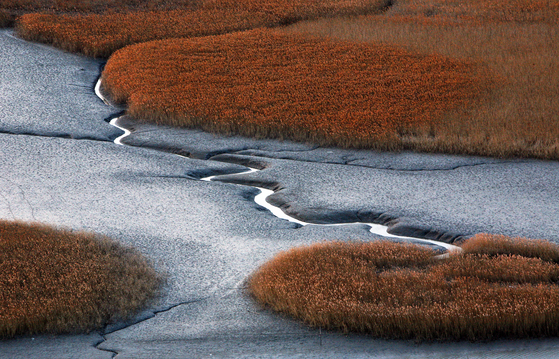 
The island, for a long time, has been a sanctuary for bird watching. It was designated as one of the 12 eco-tourism spots by the Ministry of Environment in 2013. Many avid bird watchers stay there for days to enjoy the endangered birds.

The getbol in Boseong and Suncheon are home to the most Hooded Cranes in the world, some 4,500.

These getbol, home to endangered species, were once at risk of disappearing. Flats in Seocheon was supposed to be filled to make an industrial complex and the flats in Boseong and Suncheon were going to destroyed to prevent flooding at nearby farms.

Incheon, also well-known for its tidal flats in Ganghwa Island, was not included as part of Unesco’s world heritage. One of the officials that worked on the designation, who asked not to be named, said that Incheon and Ganghwa Island were not welcoming the idea of having their flats designated.

“It seemed like the regional offices decided that they could benefit more from developing the tidal flats for other means other than preserving the natural habitat,” the official said.

Others areas with getbol that were omitted this time are Muan, Yeonggwang, Goheung and Gunsan counties in South Jeolla. Buan in North Jeolla is also missing. Each regional office has different reasons for not having their flats designated, said an official with the team that worked on the Unesco inscription, adding that more efforts will be made to include these areas next time.

Another trigger of concerns