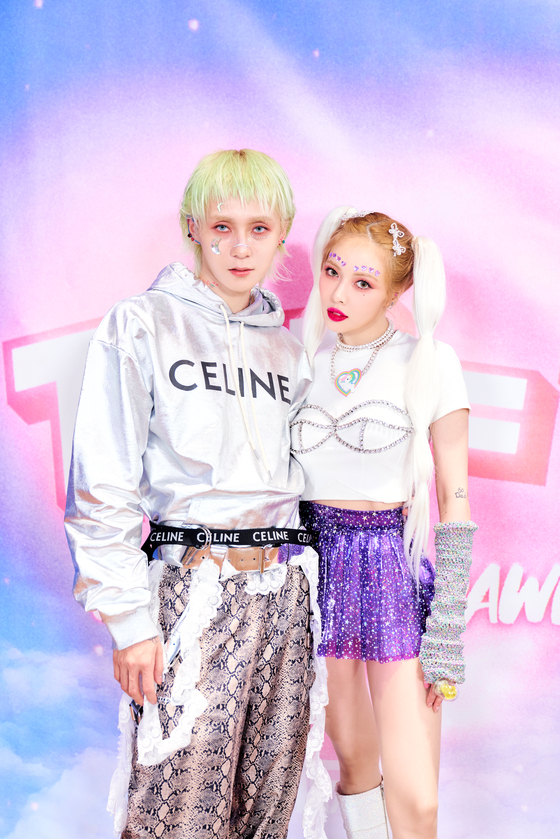 
In the K-pop industry, which still considers idol stars' romantic relationships scandalous, singers HyunA and former member Dawn of boy band Pentagon have been breaking that taboo for years. Now they are taking it up a notch by releasing a lovey-dovey duet EP titled "1+1=1" under the name HyunA&Dawn on Thursday. The couple held an online press interview on the same day prior to the EP's drop.

HyunA and Dawn have been dating for over five years and openly since 2018. While most K-pop idols keep a low profile when it comes to their relationships — whether with non-celebrities or fellow idols — HyunA and Dawn have been an unconventional couple. The two have been unapologetic and open about their relationship, be it on social media or television shows. The couple have also been signed with singer Psy's label P Nation together since 2019.

"When we first moved to P Nation, I told myself I'll never release an album together with Dawn," HyunA said. "But I guess you should never say never. I was actually surprised how Dawn and I's chemistry was spot-on while we were working on '1+1=1,' and the chemistry between us combined together is just like the title of the EP; we show ourselves as it is and that blends into one good fit." 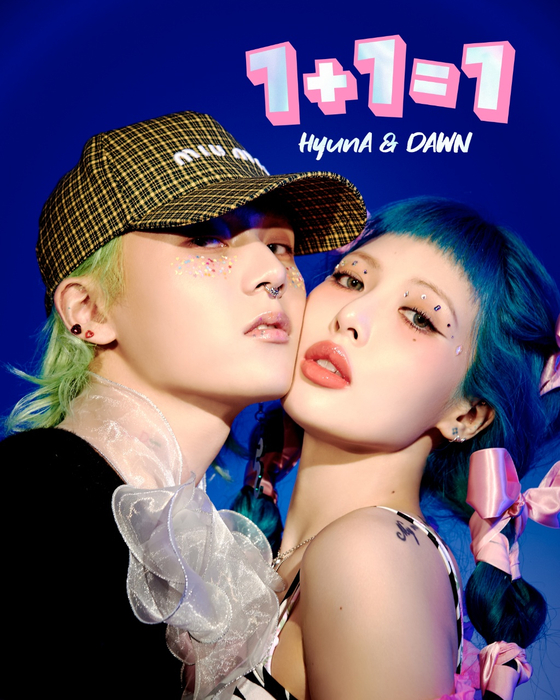 
The EP's lead track is called "Ping Pong," with both the melody and lyrics written jointly by the pair.

"I wanted to compare how lovers have moments of giving and taking to a game of ping pong," said Dawn. "I think it's a cute metaphor. In the musical aspect, I wanted to make a track that you can't help but start dancing to, and we ended up with a fun song."

HyunA and Dawn, both known for their unique fashion style, had nothing but the most avant-garde outfits, makeup looks and sets for the music video for "Ping Pong."

"I put in everything I imagined and wanted to do in the music video," said HyunA. "The music video is mostly set on a glittering hill, and every time you blink your eyes, Dawn and I will appear in different outfits and looks."

HyunA added that while "Ping Pong" is a love song, the music video looks like a "dance battle" between the couple.

"Of course we had to dance like our bones were going to break, because that's what the public expects especially from me," she said, "and because the cuts are very fast-paced, the music video looks like we are in a dance-off trying to flaunt our best moves.

"Although the public isn't used to Dawn dancing as much, I think they'll be refreshed to see his moves in the music video for 'Ping Pong.' Even I was surprised, thinking 'Wow, Dawn was able to pull off something like this?' and I was so proud of him." 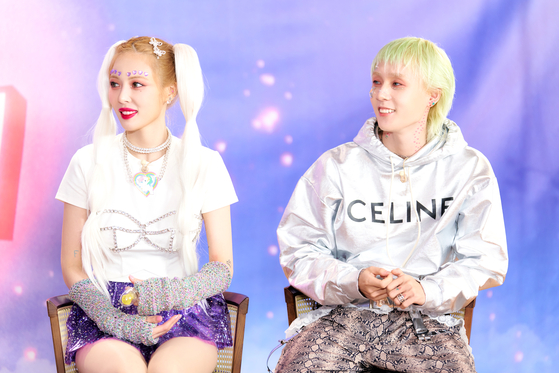 HyunA and Dawn discuss their new EP at the press conference. [P NATION]


Dawn said he was mesmerized and inspired by how captivating his girlfriend was during filming.

"When I saw how captivating the look in her eyes was during filming, I was inspired to reach her level of stage presence but I'm still trying to figure out how she does it," he said. "I don't think I'll ever be able to fully catch up with her. To me, she feels like the ultimate muse that gives inspiration to everyone."

HyunA has been in the K-pop industry for more than 14 years and is considered one of Korea's most successful female solo acts. She started her career as a member of girl group Wonder Girls in 2007 and debuted again in 2009 as a member of girl group 4Minute. She launched her solo career in 2010 while she was still in 4Minute and went on to establish herself as a sexy icon, releasing "Bubble Pop (2011), "Red" (2014)," "Lip & Hip" (2017) and many more, all remembered for their sensational music videos with HyunA's dance moves.

Now, she is known for her avant-garde fashion and unapologetic lyrics in both her music and videos, as seen in her most recent song "I'm Not Cool" (2021) talking about the pressure she faces as a star. 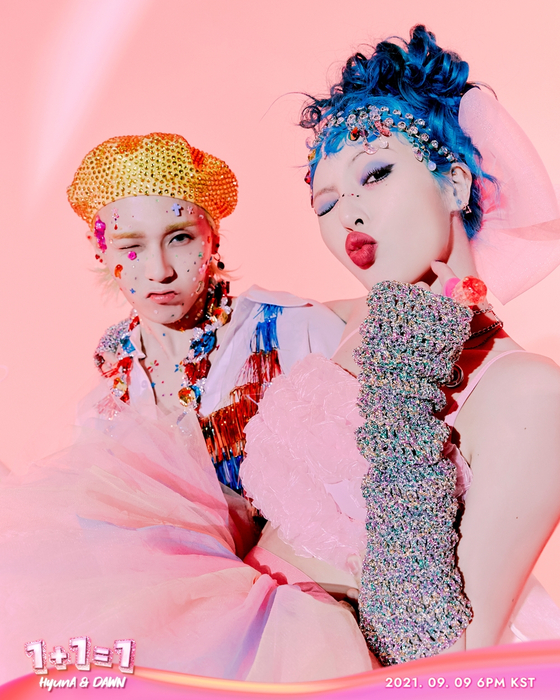 
Dawn, two years HyunA's junior, was a trainee under their then-agency Cube Entertainment when they first met and started dating. He debuted as a member of boy band Pentagon in 2016 but was forced to leave the band after admitting to his relationship with HyunA. He released his first solo single "Money" in 2019 and first EP "Dawndididawn" in 2020.

HyunA&Dawn also shared highlights of the EP's other tracks "Deep Dive," "XOXO" and "I Know" and concluded the press interview with the premier of the music video for "Ping Pong." The two, an unlikely pair at first, have gone on to be an iconic couple in the K-pop industry.