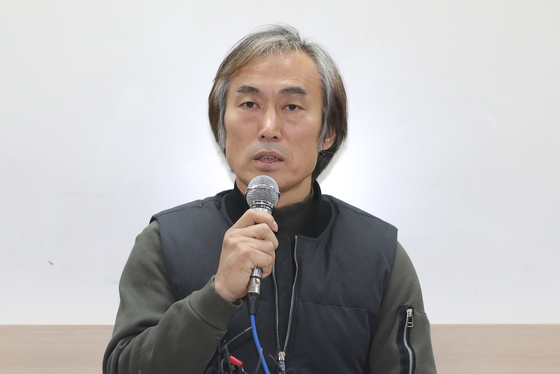 
Both actor Jo Duk-je and prosecutors have appealed the verdict from a second trial that Jo is standing after being indicted on charges of defamation for uploading malicious posts about an actor he previously sexually harassed.

According to Uijeongbu District Court in Gyeonggi, Jo filed an appeal through his legal attorney on Thursday.

In 2018, the Supreme Court found him guilty of sexually harassing actor Ban Min-jung on the film set of “Analog Human” (2015). He was sentenced to a year of suspended prison sentence with two years of probation.

The 53-year-old was again prosecuted without detention for successively spreading false information online with the purpose of defaming Ban. He was sentenced to a year in prison by the district court in January and arrested in court.


In the second trial, the court upheld the guilty verdict but reduced his prison sentence to 11 months, explaining that “it is difficult to say that some parts of his allegations are excessively malicious or infringing upon social norms.”