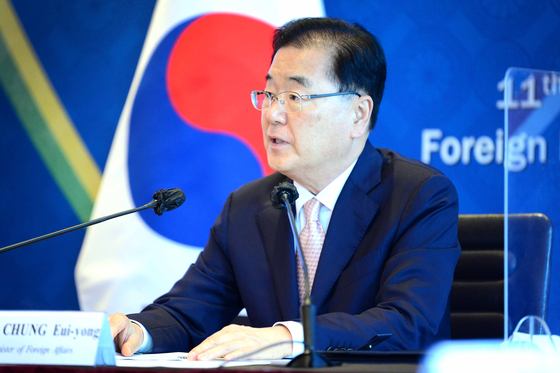 Foreign Minister Chung Eui-yong and his counterparts of the Mekong region held a summit Wednesday and vowed to work together on vaccination efforts, multilateral infrastructure projects and people-to-people ties.

“In spite of disruptions caused by Covid-19, […] our trade volume for the first part of this year surpassed that of the same period in 2020 by more than 20 percent,” Chung said during the meeting joined virtually by the foreign ministers of Laos, Myanmar, Thailand and Vietnam.

The foreign minister of Cambodia, Prak Sokhonn, who visited Korea from Monday to Wednesday, joined the summit with Chung.

“This testifies to the close interdependence as well as the resilience of the economic relationship between the ROK and the Mekong region,” Chung said, adding that regional trade mechanisms such as the Regional Comprehensive Economic Partnership (RCEP) have been instrumental in allowing growth during the pandemic.

Chung addressed some pressing issues in the region, such as floods and famine stemming from climate change, and vowed to work together on these issues with the leaders in the Mekong region.

He also proposed discussions on establishing a travel bubble between Korea and the countries in the Mekong region, and agreed to extend the year of cultural exchanges between the two through 2022.

“We gather today at an exceptionally challenging time, the Covid-19 pandemic has inflicted so many adverse impacts on our people and economies,” said Minister Prak. “Cambodia believes that Mekong-ROK cooperation is well-positioned to continue to play a crucial role in putting our countries on a firm path of post-pandemic recovery. In parallel, we have the opportunity to […] address some of the pressing issues of our time including climate change, food security, economic connectivity, regional supply chains and the advancement of the fourth industrial revolution.” 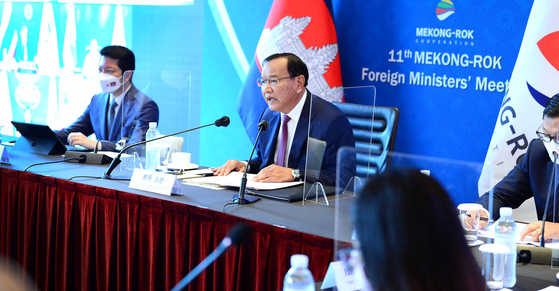 This year’s Korea-Mekong leaders summit is scheduled for next month.

The ministers also shared their views on assisting Myanmar, including the need for Asean’s special envoy to Myanmar to visit the country in the near future to address the military coup in the nation. 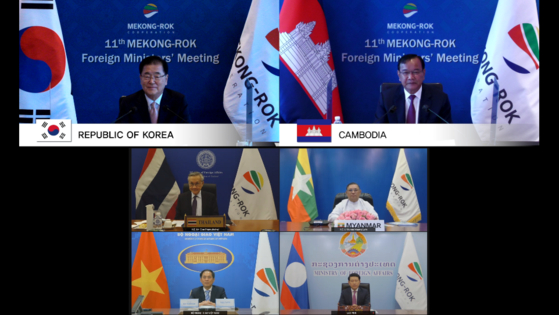