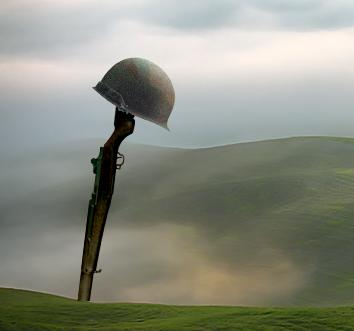 YOO SEONG-WOON
The author is a cultural news team reporter of the JoongAng Ilbo.

The year 1953 was when the armistice negotiation was in progress, and the military tried its best to occupy a bit more land. As in the 2011 movie “The Front Line,” one hill was occupied by different forces every day.

Then-South Korean President Syngman Rhee opposed a ceasefire and released 27,000 anti-communist prisoners of war on June 18, 1953. China was furious and sent 240,000 troops to Gimhwa, Gangwon, defended by the South. It is the Battle of Kumsong, the last major battle of the Korean War.

Faced with a sudden attack by the Chinese forces, three Korean divisions panicked. Two additional divisions were reinforced and the 24th Division of the U.S. Army and 187th Airborne Brigade were sent, but it was not enough to change the momentum.

More than 400,000 troops were involved in the battle on both sides for a week, and it ended in China’s victory. More than 14,300 Korean soldiers were killed or injured. Many soldiers were sacrificed as they could not escape China’s huge siege and remained in caves. As a result, the South and UN forces pushed back by 4 kilometers (2.5 miles) from the initial front, and the armistice agreement was signed at this stage on July 27.

A Chinese movie about this battle, “The Sacrifice,” was recently approved for release in Korea. The distributor once claimed that it featured the U.S. forces, not the Korean forces. But it does not match historical facts. The controversy keeps growing. Some said that the movie should be screened as South Korea is a liberal democratic state. But opponents argued that it is premature as the war did not end, but called a truce.

Fortunately, the distributor decided to not release the film to South Korea at the last minute, expressing regrets for causing deep concerns in the people. While the controversy over the release of the movie looks like a confrontation between universality and specificity, China’s attitude of strictly blocking content unfavorable to itself and propagating what it likes to the outside also played a part.